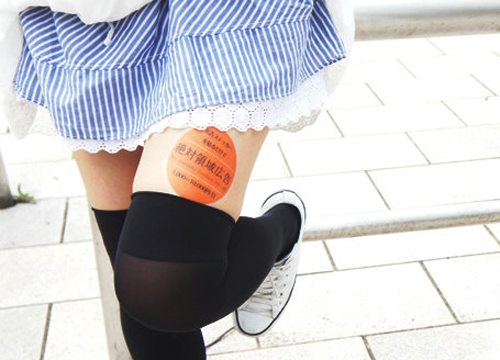 To advertise effectively today, companies are slowly but surely abandoning their old-school ideas of reaching the masses. We live in a century where the new and exciting is a thrilling daily experience; our perception of old-fashioned is changing almost monthly.

Most people have learned to ignore commercials. We switch channels on the TV when the ad break comes on, we instantly throw away leaflets that make it through our mailboxes, delete what we deem spam from our emails, and tune to a different radio station when commercials pop up. Nowadays, the only ads we tend to remember are presented in unique ways.

There have been some truly remarkable, and often weird, marketing methods.?

Here are six perfect examples of marketing methods that didn’t stick to a magazine page.

One of Google’s first ads is a now famous billboard that simply reads, ?{first ten-digit prime found in consecutive digits of e}.com?. Billboards are one of the widely used methods of advertising, so why does this one make the list? Because of the questions it most likely induced. It leaves customer with only two options: go out of your way to find the solution, or be driven crazy by the billboard that made no sense. Not many found the answer. Those clever enough to actually solve the puzzle discovered another website with another puzzle. Eventually, those who made it to the end were asked to submit a resum? ? a clever way of finding staff suited for the job.

With a mix of thinking outside the box and blatant disrespect for other businesses, Hubba Bubba made a slightly unethical move toward marketing. What matters, however, is the media coverage and interest they received. They started to find ads containing people, and added pink balloons with the label Hubba Bubba over their mouths. For example, what once used to be a model for lingerie, turned out to be a female in lingerie popping gum.

What if there was an advert that left you no choice but to see it? A hair salon has been known to hijack an escalator, and print their ad on each of its steps ? it meant that anyone who wanted to go upstairs had to learn all about its services. Uniquely, each step on the escalator revealed a different hairstyle that would match up to the face of a man at the bottom. People were able to see what various cuts would look like on the same person.

As part of a promotion to help fight the gum-on-the-street problem, Hubba Bubba (again) created a unique way for people to buy more of their product, but keep their shoes clean at the same time. Reminiscent of the paint-by-colour paintings you could buy as a child, the streets were introduced to paint-by-gum. The company sold a variety of special coloured gum which encouraged their customers to fill in famous images ? the likes of Marilyn Monroe and famous Van Gogh paintings ? with their used gum.

One of Colgate’s most unique advertisements is also possibly the company’s largest. What seems to be merely an enormous tube of paste stuck to an office building during the day, turns into a rendition of two rows of white teeth ? lights left on in the office ? sparkling from its use of Colgate. Surely, if office buildings prefer to clean their teeth with Colgate, then it must be suitable for your mouth, too.

A bizarre new trend seems to have popped up in Japan: women are renting out their legs as advertising space, promoted by Absolute Territory PR. The company takes its name from “zettai ryouiki koukoku”, which refers to the exposed flesh between a knee-high sock and a skirt – exactly where the ad will be situated. The women involved in advertising get a sticker slapped to their leg before going on their merry, ordinary-life way. The advertisement stickers remain on for at least eight hours at a time.