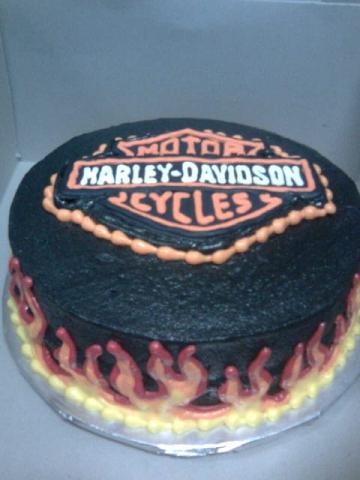 Cosmopolitan, published in 36 languages and distributed in more than 100 countries made the incredulous link between their readership and dairy products. Apparently a Cosmo study in 1999 highlighted that 65 per cent of Brits used edible products in the bedroom. Furthermore, the yogurt was far pricer than its competitors and came in ‘sophisticated’ packing. That in itself was odd when you considered what they intended the yogurt to be used for… Some 18 months later, the yogurt was already off of the shelves.

The idea was that after a delightful Colgate meal, you could then brush your teeth afterwards using, yes, Colgate toothpaste. This brand extension was such a disaster that it never left US soil. The problem Colgate is not a brand name one would associate with a hot meal after work. The idea reminded too many people of eating toothpaste.

The Harley Davidson fan is by no means your average customer they are loyal beyond belief and follow a set of ‘freedom and macho’ associated values. So whoever thought that Davidson perfume disappointed the fans, clearly didn’t hear about the cake decorating kit. Licensed by Bakery Crafts, the icing kit was too ‘Disneyfied’, according to a survey done by branding experts Tipping Sprung. It was immediately voted the worst brand extension when it was launched.

In 1996, entrepreneur Richard Branson decided to try the wedding dress business. Of course, he entered it with a bang attending the launch wearing a wedding dress. But Virgin Brides, only ever two shops in the UK, soon suffered losses in the hyper-competitive market. In 2007, the stores closed down due to lack of proft. When asked why Virgin Brides failed, Branson cheekily responded: We soon realised there werent any.

One would think that cheaper cinema tickets would be a massive hit in any country, but it doesn’t seem to be taking the UK by storm. Crucially, there are two reasons why. Was this one of the worst brand extensions in history

Although the perfume is called fruity, what woman would want to pull out a perfume bottle looking exactly like a lighter and start spraying herself in public It brings up thoughts of smelling like smoke and lighter fluid! This brand extension from Zippo was destined to fail. Image source By Shan Schutte