For the mega-wealthy, the ultimate status symbol is the private island. They’re incredibly expensive to buy, offer unparalleled privacy and, lucky for them, they often have a private jet to make getting there a breeze.

These seven islands have found themselves some famous owners:

Have you got $75m to spend? Then this island could be yours! Telecom billionaire Craig McCaw is trying to get rid of his 780-acre island in Canada’s Gulf Island archipelago. It has a 5,000 square foot main residence, golf course designed by Jack Nicklaus, an air strip and an imitation Western town. Some 20 per cent if the island has been set aside as a nature preserve.

2. Brecqhou, one of the Channel Islands

Owned by: David and Frederick Barclay

The identical twins bought the island in 1993, which has been off limits to the public for 20 years. In that time they fortified it with a gothic castle. For the past three years, however, they have been holding trial tourist visits and have officially launched the concept since April. The tours will now run three times a week, with a maximum of 40 per trip.

Since June 2012, the Orcale CEO purchased 98 per cent of the 141-square-mile island from billionaire David Murdock. This includes homes and apartments, one of the two grocery stores, the two Four Seasons hotels and golf courses, the community centre and pool, water company, movie theatre, half the roads and some 88,000 acres of land.

4. Robins Island off the coast of Long Island

At a bankruptcy court auction in 1993, the Wall Street financier bought Robins Island. Since then, he has helped restore the island by planting oak trees and native grasses, giving $1.1m to the Nature Conservancy to monitor rare and endangered species on the island. He is known for inviting guests for traditional pheasant hunts.

Like CraigMcCaw, the Microsoft billionaire has been trying to sell his island since 2005! He bought it in 1992 with the intention of building a vacation house on it, but spotted another island he wanted more. Unfortunately, he still can’t seem to sell the island. It has a caretaker’s cabin fitted with water, septic and generator – but no electricity.

Set in the Caribbean, Necker Island has played host to numerous A-list celebrities and royalty. Branson bought the island in 1979 at the age of 28 – six years after founding the Virgin Group. After extensive reconstruction since 2011, it will soon be available for exclusive hire for a staggering £40,000 per night.

Russian mogul Abramovich bought New Holland Island, a collapsing ex-military base set in the middle of a St. Petersburg canal, in 2010. He plans to transform the 18-acre island, which will take six years to complete, into an art museum. When renovations are complete, it will be open to the public. 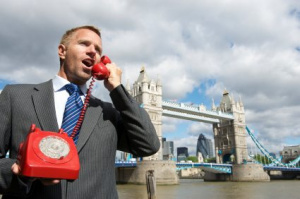 Britain is a nation of budding entrepreneurs 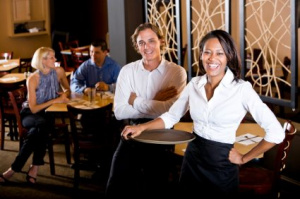 Temporary jobs on the rise