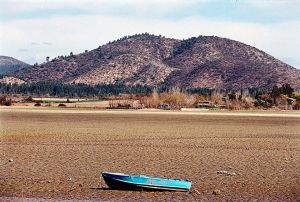 This, however, is in stark contrast to the optimism of 82 per cent of current technology students and graduates, who remain positive regarding employment prospects.

Despite a continued drive from the government to promote the uptake of STEM (science, technology, engineering and mathematics) subjects at second and third level, the report identified a number of key technical areas currently facing a talent drought. Web application development (38 per cent), Internet and networking (36 per cent) and data analysis (34 per cent), were all highlighted as talent black spots for employers.   These roles proved the hardest to fill for employers, suggesting that a greater emphasis needs to be placed on nurturing skills with the potential for higher value creation such as development. Support roles proved more alluring to students and graduates with server support (38 per cent) and desktop support (34 per cent) being the two most popular job roles.  ?The technology sector is currently facing a massive challenge in finding the properly qualified staff it needs to grow”, explains Pat Nice, CEO or Reconnix. ?The UK tech sector has been one of the darlings of the UK?s economic recovery but its full potential will not be reached as long as companies face difficulty in filling key technical positions.? ?Optimism from current students and graduates is encouraging to see following years of uncertainty, but the reality is that many are not at the level that employers need them to be at. Graduates are leaving university with a broad understanding of technology, but lacking critical skills that employers actually require. Employers need to take a more hands-on approach to help develop talent in the industry, whether this is working more closely with education establishments or directly training through apprenticeship programmes.?

Employers, graduates and students are in concurrence that the standardisation of technology related qualifications can benefit the industry. Over half of employers want to see professional training standards further developed, while 66 per cent of IT students and graduates want to see standardised awards to make it easier to find work. Employers also believe that businesses should be prepared to foot some of this bill with 54 per cent believing that the industry should at least part fund training. ?Standardisation is vital for the continued success of the technology sector in the UK,” continues Nice. “As it stands, new graduates are coming from a variety of different institutions with a range of different skills making it difficult to assess suitability for a position on qualification alone. Standards will allow employers to more easily assess candidates, and also allow students to more easily choose a course. It should also have the added benefit of creating a more competitive academic environment that should see a raise in the standard of education and training across the board.? Image source By Shan? Schutte