This has been shown by the numerous CVs that have gone viral around the world.

Of course, it’s not always pretty. For example, the CV of Benedict Le Gauche caught the attention of the media for all the wrong reasons. He described previous jobs as “for the greater part, boring and drudgerous and disheartening”.

Le Gauche claimed a past colleague had “cadaverous skin and a desperate smell” and admitted he had a “devil-may-care attitude to punctuality”, not to mention that he “withered on the publishing vine and hit the bottle”.

When done right, however, CVs have the potential of grabbing the CEO’s immediate attention. This was the case when Nina Mufleh sent a CV to Airbnb and managed to capture the attention of both the CEO and CMO.

Ok. You floored me with this brilliance. We’ll set something up for us to meet.I love your smarts. Very much. https://t.co/EaIwOHSywo

After proving unsuccessful in contacting the company, she Mufleh decided to create a resume that mirrored Airbnb’s website.

“I actually thought, I haven’t done everything I can,” she said, admitting that none of her prospective interviews had turned into a job offer. “I’ve done the same multiple times, but I haven’t tried new approaches.”

Perhaps more interestingly, was the fact she omitted all talk of previous experience and focused solely on how she could improve the company. Through various slideshows, she showcased her knowledge of the travel industry by proposing new possible avenues Airbnb could take to drive growth.

Innovative resumes are increasingly becoming a growing trend, as has been highlighted by previous CVs that became viral successes.

Arguably one of the most talked-about CVs has been Philippe Dubost’s Amazon account inspired resume. Dubost, a web product manager, wanted to work for Amazon. He built a website that looked like one of its product pages.

The page went viral, pushing the limits of Dubost’s server capacity. He had to fix his contact form after the number of submissions exceeded the cap for his free account with online form-builder Wufoo.

He also got 150 job offers and garnered over 1m hits in only eight days.

UCD graduate Jordan McDonnell, who worked as a financial analyst in the Netherlands, saw similar success. With his contract running up he decided to get out of the world of accounting and join the creative industry instead.

Due to his lack of experience, McDonnell ventured beyond the normal paper or email approach.

“Applying standard CVs to marketing companies and social media companies, they automatically discount me because of my background,” he said. “So I tried to do something that reflected their industry.”

Entitled “This is NOT my resume“, McDonnell uploaded his resume to the slideshow-sharing website SlideShare, where it began to attract attention. Nine days after it was uploaded, it had already attracted 92,000 views.

Donnell admitted he was “baffled” by how his presentation had taken off, and said contact has also come from other job-hunters expressing their admiration.

And rather than needing to send his alternative CV to prospective employers, the employers came knocking on his door without further prompt – with response from companies of varying sizes from as far away as the US, and three rounds of interviews already completed that week.

A marketing major, she previously took a semester off to work for Foursquare. She has also interned at Microsoft. The tech community was impressed by her creativity and motivation. Instagram investor Chris Sacca tweeted: “I’ve never met @byalicelee. But, when I see hustle like this, I am sure I will, eventually.”

Although she wasn’t offered a position at Instagram, she did speak with co-founder and CEO Kevin Systrom on the phone. It also garnered her an internship with Path. 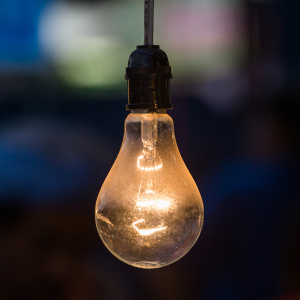 Brits are “baffled” by their energy bills