In 2013 BBC broadcaster Michael Mosley said that although he couldn’t “point to any one particular British characteristic that has encouraged such a great inventing tradition”, our geography certainly helps.

“It created its own pressures, separated us intellectually as well as physically from the rest of Europe,” he said. “It made our relatively affluent, well-educated nation turn to science at a time when the rest of the world did not. It gave us a head start.”

The result is that we have a long and rich history that we can draw on for inspiration. And with a list spanning chocolate, the light bulb, reflecting telescope, hypodermic syringe, steam turbine, toothbrush, glider and the telephone, the Royal Mail is in no short supply of inventions to choose from. But what has the company deemed key over the last century?

During World War II, messages were being sent between high-ranking officials in Germany and army commanders in the field. The Lorenz cypher encrypted these strategic communications.

But in 1943, GPO engineer Tommy Flowers was set the task of developing an efficient device to rapidly speed up the decryption process. In order to combat the teleprinter encryption that Bletchley Park dubbed as “Tunny”, he proposed the Colossus, which involved the use of large numbers of thermionic valves. It was initially met with much scepticism, but he persevered.

Based at the GPO Research Station in Dollis Hill, Flowers worked with a dedicated team of engineers, scientists and technicians. By December 1943, they had completed the first 5-tonne Colossus machine. This became operational at the Government Code and Cypher School at Bletchley Park.

“It meant that our commanders all round the world knew what they were up against because they were given details of the enemy’s order of battle which told them exactly what his strengths and weaknesses were,” said Ken Halton, an engineer who worked at Bletchley on the code-cracking machines.”

Halton suggested that the allies successfully launched the D-Day landings primarily because “cracked messages proved Hitler had been fooled into thinking the invasion would come via the northern Pas De Calais”.

It took decades for the information to be declassified. Only then, was Colossus acknowledged as the world’s first electronic, digital and programmable computer, and the work of Tommy Flowers and his team was finally recognised.

This is far from the only invention that was made by war.

During the 1980s, while working at CERN, the large particle physics laboratory in Switzerland, British software engineer Tim Berners-Lee became aware that CERN’s visiting scientists were limited in the ways they could share information. Realising that the internet had potential to host a data-sharing system, he submitted a proposal in late 1989.

It stated: “The hope would be to allow a pool of information to develop which could grow and evolve with the organisation and the projects it describes”.

“I happened to be in the right place at the right time, and I happened to have the right combination of background,” Berners-Lee said of the reasons he wrote the proposal.

But it was not accepted. Much like Flowers and his Colossus machine, however, Berners-Lee persevered.

By 1990, he had developed the technologies that form the basis of the World Wide Web: protocols to define page location (Uniform Resource Identifier) and allow page retrieval (HyperText Transfer Protocol) and a computer language to create and link the pages (HyperText Markup Language).

Read more about the Web:

The Web and the Internet are not the same entity. Designed in the 1960s, the Internet is the global system of interconnected computer networks. The Web is a huge collection of documents and resources, connected to one another, that are accessible via the Internet.

With millions of contributors, the Web is the biggest-ever collaborative project. With no patents, royalties, centralised control or paymaster, it has been able to grow and flourish – in Berners-Lee’s own words, “This is for everyone”.

What he did was truly unique. He thought of a way of allowing any machine all over the world to share information using a linking system.

Next on the list: the i-limb and fibre optics… 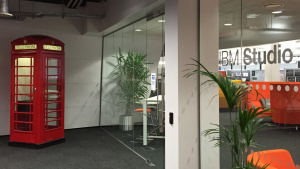 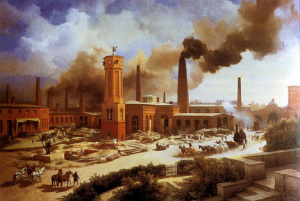 UK may be leading the 4th industrial revolution, but manufacturers fear it won’t be for long