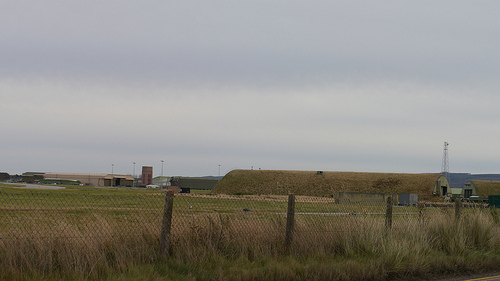 Share via
Due to the requirements, such as a remote site where regular traffic is low, a longer-than average runway (extended ti more than 3,000m), a safe distance away from populated areas and, indeed, the room to actually build one, the north or north-east of Scotland have been picked out as sensible locations. Out of the eight shortlisted locations, only two are found outside of Scotland.

Newquay Cornwall Airport is the only England location to feature on the list, but more importantly, it’s already home to Aerohub, England’s only aerospace-focused Enterprise Zone, which extends to 325 hectares and is the largest planning-free development site in the UK. But what primarily drew the government to Newquay was its 2,744m runway (one of the longest in the UK, which can be extended to over 3,000m. It is located on the coast with uncongested and unrestricted airspace and one of the longest runways (2,744m) in the UK – all crucial criteria for a spaceport. And, being a unique and nationally important asset, the Aerohub could potentially unlock further growth in the aerospace and space sectors to create skilled well-paid jobs in Cornwall. Satellite technology is also an important part of the future economic strategy for Cornwall. Andrew Nelson, chief operating officer and vice president of business development of Mojave, a California-based space plane developer, has also pointed out that “Newquay is sort of interesting. It points right out to the water. You’re not flying over anything under rocket power, which is nice.” However, Cornwall Council, which owns the airport, is yet unsure whether they want to enter the space race.

Science Minister David Willetts may have dropped a heavy hint that the Kinloss base was being considered, saying he could “imagine a location in Scotland where RAF bases are moving away”, where “you could launch vehicles across the North Sea”. The former RAF airbase at Kinloss is ideally situated for polar orbit satellite launch. But what makes the barracks such a front runner is its location, with northwards nothing but open sea. The base, which until recently handled Nimrod aerial surveillance, has long runways and excellent facilities, with space for development. If Kinloss Barracks is to be chosen, however, work will be required to extend the length of its runway. That was the claim being made in a report by the Civil Aviation Authority (CAA) saying: “Based on current spaceplane designs and known operating requirements, a spaceport will need to be established on a large site with a runway that is at least, or is capable of being extended to 9,800ft.” Image source

The airport is on the western side of the Kintyre peninsula in Scotland approximately three miles west of Campbeltown. But what truly puts the location ahead of the game is its runway. At 3,049m long, Cambeltown airport boasts the longest runway of any public airport in Scotland. However, the government would first need to seek out the agreement of Highlands and Islands Airports Ltd (HIAL). As its operator, HAIL will have the deciding factor on whether spaceport developments can begin on the site.

A fully functioning RAF base, the station is mainly responsible for providing crews and aircraft to police UK airspace and is the second most northernly air defence station in the UK. Situated in Fife, along the coast, it may be the perfect location for a spaceport. The site is, however, transitioning to the army. North East Fife MP Sir Menzies Campbell said: “Any civilian use of Leuchars would have to be measured against its primary purpose as a military base and the security questions which inevitably arise in relation to that function.” Image source By Shané Schutte