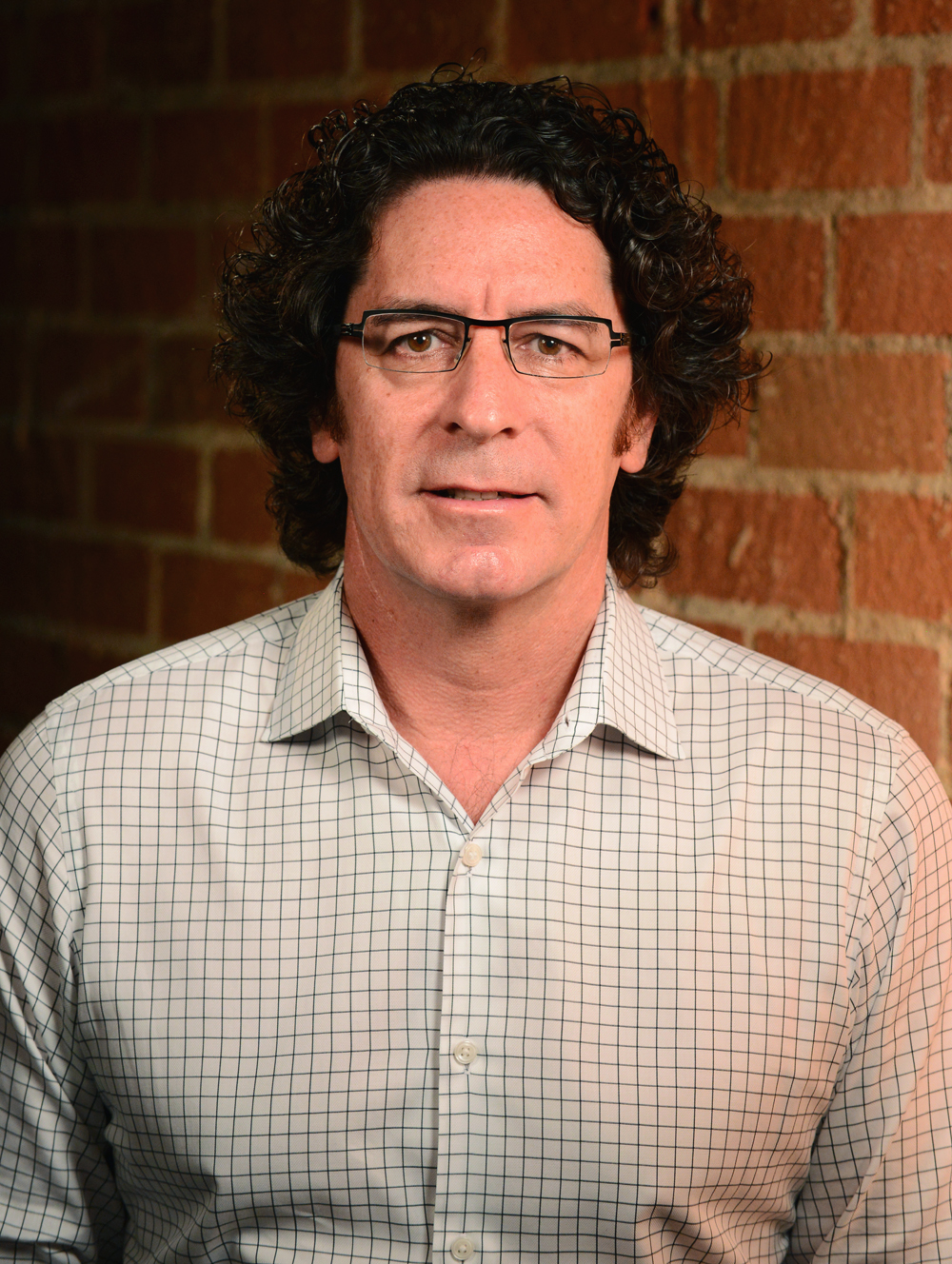 Maybe it’s a perception that startup founders have to be tough, as unfeeling as the bricks and mortar their business is built on. Some say that, because a founder’s life is often a series of pitches (to investors, employees and customers), they can’t reveal any difficulties they’re in.

The dangers of this are simple, and terrifying to the entrepreneur: being unhappy saps energy, while being happy allows people to work for longer. The more you take care of yourself, the more energy you can put into your business. In that life of thought, Real Business contacted Steve Jillings – now on his 8th successful startup, current CEO of Telesign – who has dealt with the slings and arrows of fate, which includes raising a company from a little off the ground just as the recession hit. He has some killer advice on how to bear the difficulties of startup living. So I wanted to talk to you talk to you about keeping your head above water emotionally in a startup. [laughs] “emotionally”… that makes sense! I think this is a super interesting topic when you’re running these businesses. I’ve done this now, I forget how many times, this is my either 8th or 9th one, and they’re not all fantastic. Every deal’s not a great deal; not every quarter is a good quarter. You have to be able to keep your head up when things get a little rough. And they get rough. There’s absolutely no question about that.  So how did you get where you are today? I was born and raised in New Zealand and it’s got a pretty innovative culture, you’ve got this island in the middle of nowhere, so you’ve got to kind of make things happen. I always knew I was going to be in business. […] I moved to Canada when I was 25 and I started a number of businesses in Canada over 15 years and that’s how I got into the technology space – sort of in the mid-90s.  In 2002 I moved to Los Angeles to take over a startup [FrontBridge Technologies]. It was really interesting, had some great technology but had been very poorly run. And I looked at them and said I know exactly what to do with this company. And so we built it up over the course of 3 years and sold to Microsoft in 2005 for about 203 million.  I spent a year at Microsoft after that and then tried my hand at the digital media space with a company called Vantage Media. We raised about 80 million dollars to buy that company and that company at the time was doing about 39 or 40 million dollars in revenue and then grew that business – that was in 2007. February 2007 is when we closed that deal, and then had to weather the miserable 2008-2009 recession. That was brutally tough. But we were able to keep the business going well and actually grew it from about 40 million to 80 million over that same period of time. It was a very difficult time so that’s when you had to learn to make every dollar stretch. You couldn’t afford to have anyone who wasn’t pulling their weight on the team and also thinking very carefully about planning and investing. So we weathered the storm through that and then in mid-2010 I wanted to get back into my security root so I hired a new CEO for that business who still runs it today and they’re doing extremely well – the business does about 150 million in revenue now and I’m still a major shareholder. And the I came over and was introduced to the Telesign team! What would you consider to be the most trailing experience over these years? Without question for me, and I’m certainly not alone on this one, was the downturn in 2008 and 2009. I mean, so many businesses just didn’t make it – they were just gone. Not just little startups but tons of just huge businesses gone, just wiped off the face of the planet.  Being able to navigate through that period of time was so tough and incredibly difficult on everybody in the business. We had to downsize it – we looked at our business side and the way things were going and said: “look, we’ve got to cut our costs” so we had to let people go and that’s never a fun experience. How did you stay afloat during that time, personally?  That’s a good question. So having the right team around you, and I just can’t stress enough about team and bringing the right people into that organization, that group of immediate people that surrounds you. I had a really strong team and when you can work on these sort of problems together – if you’ve got to shoulder all of those burdens by yourself – if you don’t have the right team, if the team isn’t connecting and getting along like it’s almost impossible to fight through problems. You have to all be on the same page and you have to work together and you’ve got to really, really support each other and clearly understand and articulate what the plan is going to be. Because once absent, it’s over.

I’ve seen that many, many times where the teams start fighting internally and that’s the beginning of the end. You might as well kiss it goodbye at that point.

And if you’re the CEO and you’ve got a team that you either don’t trust their abilities or you aren’t all on the same page, you’re going to crash and burn really badly. I had a very strong CFO and operational leader who was tremendous. I had a very, very strong technical leader. And having these types of folks around you that you can sit and spend hours working and strategizing – it enables you to come up with the right answers. I also had a pretty good board at the time too that was pretty experienced and I can’t stress enough too that if you can’t have the support of your board it’s horrible and it becomes so difficult – and there’s enough challenges externally that if you don’t have the support of the team members – you have internally then it makes it impossible to fight, externally. I’ve seen that many, many times where the teams start fighting internally and that’s the beginning of the end. You might as well kiss it goodbye at that point.  So having really strong people around you really helps you through those issues. And then if you’re lucky enough to have things being really positive in your personal life at home that’s a huge plus. You need all the support you can possibly muster when things are going tough because if you’re going to get over it you have to pull together and work as a team to get through it. But what if something macro-economic happens – how do you take control then? You really can’t worry about that stuff. Always in business there’s tons of things that are out of your control – you’ve got to focus on the things you can control. Teams and relationships and working together. And if you don’t have those relationships, whether it’s professional or personal, and things go bad – you’re on your own. And that’s just the most miserable feeling in the world because you can’t win on your own. It’s impossible, there’s too much against you.  Anything else you wanted to say? You have to have the right temperament. There’s a lot of people out there that try to get in business that just really ought not to be in business – unable to control their emotions and blow up at people, yell and scream, and table thump and all that type of stuff.

Now having said that, it is incumbent on us as business leaders and myself as a CEO to make this a fun environment.

And for employees, if you’re employed in that type of environment, that’s just not fun and I can’t stress how much having fun in your business and work type environment is – and I say that to my folks all the time. If you’re not having fun you just have to find something else – and that goes for me too – we just spend too much time together in our businesses that you can’t allow it to be unenjoyable. Now having said that, it is incumbent on us as business leaders and myself as a CEO to make this a fun environment. We have lots of fun social events, we celebrate victories – you know, celebrating wins is really important. It’s doing the most basic things like drinking beer on Fridays, or having ad-hoc social events. We do a lot of that sort of stuff. We do big annual Christmas events, we do summer parties, [it] helps build culture.  Do you think that, off the back of that, businesses with greater culture have more chance of withstanding these kind of macro-events? Without question. When you’ve built a really strong culture and people love what they do they’ll do anything to be successful. But more importantly when the going gets tough, if you’ve not built that culture where people are really committed to the project and want to win, they just bail out and they’re gone.  I think we’re a very employee-focused organization, we do lots of things for the benefit of our employees that we don’t have to. But its investments to me – or they’re investments – but investments that pay off in the right way.  Running a business is hard, but if you do it right it’s incredibly rewarding. And the results go hand in hand with that. To run a successful organization so many things have to line up and so you have to do a lot of things to make it all work and I think we’ve done that pretty well at Telesign.