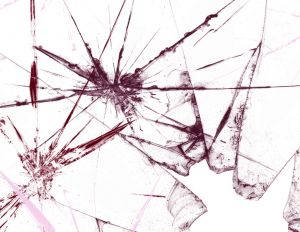 Furthermore, just 12 per cent of respondents believe that regulators fully understand how the financial crisis happened in the first place.

These findings are nearly identical at the most senior levels. Only four per cent of ?c-suite? executives believing that regulation had adequately mitigated the risk of another crash, with 39 per cent of this group saying it had been only partly addressed. The survey reveals that more than half of those who work for banks, asset managers and hedge funds globally, and 61 per cent of those based in the US, feel that changes to regulation have not created adequate safeguards to prevent a future crash. A further 41 per cent say that the risks have been only partly addressed. Andrew Shrimpton, Global Head of Regulatory Compliance at Kinetic Partners, says:
?Five years on from the trauma of 2008, there appears to be very little confidence that any real lessons have been learnt. That should not only worry regulators, but should also prompt financial services firms to examine their own risk management and controls and ask how well they have mitigated the risks of another crisis.? Very few people believe that regulators have a handle on the causes of the financial crisis even now. Of over 300 finance professionals surveyed on whether regulators fully understand how the crisis was allowed to happen, just 35 say they did. Of the remainder, more than one-third say they do not, and nearly half say that regulators only partly understand the causes. Douglas Shulman, Kinetic Partners? Director of Regulatory Compliance in New York, said: ?Regulatory examinations have become more detailed, and honed, in an attempt to address risks across the industry. There is a focus on stress-testing the compliance policies, procedures and control infrastructure at firms. Additionally, regulators will want to see that senior management understands the core risks of their firms ? and principals of firms should expect to have their knowledge of such risks tested during exams. Ultimately, firms are being challenged to prove that they are taking ownership of the end-to-end risk and compliance processes.? Without agreement over the causes of the crisis, it?s not surprising that firms doubt the effectiveness of recent regulation. There is still a lot of scope for collaboration between firms and regulators to establish an effective framework ? not least because political pressures are never far away when discussing financial regulation.  Image source By Shan? Schutte