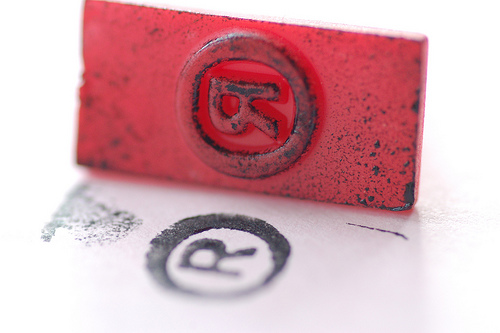 What is a trademark?

A trademark is any sign which is capable of: A trade mark attaches a business? reputation to the goods to which it is applied or the services carried out under it.

What can be protected?

The public often think of trademarks as being words or symbols with which they associate particular goods or services with a particular business. For example, the ‘NIKE tick’ or the word ?NIKE? for sportswear. In addition to words and symbols, a trademark may be the shape of goods or their packaging, even colours, sounds and smells. To qualify for registration, a mark must be distinctive and not be descriptive of the goods and/or services offered under it. A mark will also not be registered if it consists exclusively of signs or symbols which designate the kind, quantity or geographical location of the goods or services. For example, it would not be possible to register ?GUN? for guns, ?MILAN? for clothing, or ?FAST? for a courier service. Non-distinctive and descriptive marks may, in limited circumstances, become registrable. This will only be the case if it can be shown that the (often long-term) use of the mark has caused the public to associate it with a particular business. The most effective marks, and those most likely to be accepted for registration, are invented words such as TESCO or ASDA for supermarkets, or words unrelated to the product such as ORANGE for mobile phones.

Subject to the payment of renewal fees, a trade mark may be registered indefinitely.
The initial period or protection lasts for ten years. Renewal fees are payable every ten years thereafter.

Subject to some exceptions, infringement occurs where a third party, without consent, from the registered trade mark owner uses in the course of trade:

In the event that a third party infringes a registered trademark, it may be possible to obtain the following remedies:

The registered trademark owner can assign (i.e. transfer) its rights to a third party, or grant a licence to a 3rd party to do any of the above acts. Assignments must be recorded in writing and signed by or on behalf of the person assigning the right in order to be effective. A licence may be granted formally, informally or may arise by implication. A formal licence agreement provides the parties with certainty.

Trademarks are registered on a territorial basis. It is possible to make a single application to the Office of Harmonisation in the Internal Market to obtain a Community Trade Mark (CTM) which is valid across all EU Member States. This CTM system is very similar to the trade mark system, in the UK. The Madrid Protocol currently 91 signatory States (including the UK). The Protocol facilitates the filing of a single application for protection in one or more of the signatory States. An application under the Protocol is effectively a bundle of national applications which have the same effect as a national application in each of the designated States.

A trademark which is not registered can be protected under the common law of passing off. In order to establish that a third party has, through its use of an unregistered mark, committed the tort of passing off, it is essential to show: The requirement to establish goodwill and reputation in the mark means that a passing off claim is more difficult to prove and often more expensive than a trademark infringement claim. It is therefore advisable to obtain registered protection. Where a mark is unregistered, the owner may use the ? symbol to show that it is using the mark in a trademark sense. Luke Moulton is a Paralegal in the Intellectual Property team at Wright Hassall. Image source