After the pageantry of Tuesday’s State occasion, I spotted Tony Blair and Gordon Brown together in the Members’ cloakroom. Like the ghosts of Budgets past, their presence was an interesting reminder of how their legacy still dominates the Westminster landscape.

Blair’s Wars and Brown’s Debts, and the broken trust in politics they dramatically contributed to, are at the heart of the political and economic legacy that they have bequeathed our generation to deal with.

At the heart of that legacy is a ticking political bomb. How to make the necessary spending cuts and tax increases required to tackle the deficit, while ALSO cutting taxes on business to make Britain an attractive business location to attract the globally mobile capital and entrepreneurs we need for growth, without committing electoral suicide?

Nowhere is that dilemma more pronounced than in the 50p tax question. We know from the OBR and IFS that the 50p rate on highest earners is a self-defeating tax: it earns a few hundred million pounds in extra tax revenues but triggers massive tax avoidance – a £16bn tax shift in one year a/c to OBS.

We know from past experience the last time we had to dismantle Labour’s tax time-bomb that lower marginal rates of top tax actually INCREASE personal and corporate tax revenues and pay for themselves many times over by incentivising enterprise, job creation and economic growth by entrepreneurs. But removing the disincentive for entrepreneurs of the state taking half their earnings before they even see them, at a time when we have to raise taxes on ordinary middle-income earners and restrain public spending, is, well, a hard sell.

The truth is that Ed Miliband and his shadow cabinet of special advisers and New Labour spinners are engaged in a disingenuous game of clamouring for policies for growth and business, while then opposing them.

The truth is this whole crisis is “unfair” – a whole generation is having to pay off the credit card bills from Blair and Brown’s credit and public spending binge. There are no shortcuts. We can’t spend and borrow our way out of this crisis. A whole generation of us have been condemned to paying for Blair and Brown’s economic legacy by working our way out by spending less and earning more.

The cuts to corporation tax and income tax for high rates earners are absolutely central to restoring business confidence amongst the boardrooms and entrepreneurs we need to drive economic growth and recovery. Conservative politicians never forget that every pound of ‘government money’ is money earnt by people and the companies that employ them, and taken from them by the state. To get the growth, job creation and tax revenues we need to fund world class public services we need a radical renaissance of enterprise.

Yesterday’s Budget was a sign of the government’s determination to implement radical reforms, and its deep commitment to making Britain again one of the most attractive places in the world to invest and build a business.

GlaxoSmithKline’s announcement today of a massive inward investment suggests that it’s working. In time, this Budget may well come to be seen as just as historic as Geoffrey Howe’s first Budgets which laid the foundations for the 1980’s recovery.

Perhaps that’s what Blair and Brown were discussing in the cloakroom?

George Freeman is a Conservative MP for Mid Norfolk and adviser on life sciences to the Minister of State for Universities and Science. He previously had a 15-year career in biomedical venture capital, spending most of his career in and around the Cambridge cluster, supporting high tech growth businesses. 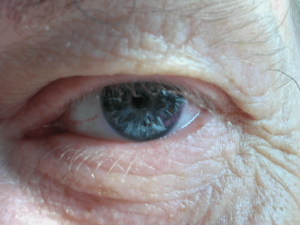 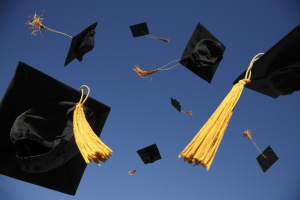