The Growing Business Awards – which celebrate the UK’s most innovative entrepreneurs, growing firms and rising stars – are now open for entries.

The awards, run by Real Business and the CBI, and supported by Financial Mail, are now in their 14th year. Many well-known medium-sized firms are among the former winners,  including DVD rental service LoveFilm and fruit juice maker Innocent Drinks.

The CBI’s Future Champions report, published at the end of last year, showed that such high-performing firms are the key to economic stability.

The study of more than 200 medium-sized firms found that companies with a turnover of £10m to £100m – less than one per cent of the total – generate 22 per cent of economic revenue and account for 16 per cent of all new jobs.

In 2002 Alastair Lukies set up Monitise, which allows mobile phone users to make payments or manage their money through their mobile phone. In 2007 the firm was floated on the Alternative Investment Market and now has a market capitalisation of nearly £300m and employs 700 people.

Lukies, 39, says winning the “Entrepreneur of the Year” award in 2011 has helped to raise the profile of the busines, while also highlighting the fact that public companies can also be entrepreneurial.

“People don’t always recognise chief executives of public companies as entrepreneurial. Yet entrepreneurialism is not just about start-ups, it is about seeing the venture all the way through,” he says.

“Look at people like Mark Zuckerberg of Facebook – it is huge, he is in charge yet is is still very entrepreneurial. We do pigeonhole people in the UK as small being entrepreneurial; and large being hidebound and corporate. I think is wrong. I will continue to support entrepreneuralism as do most true entrepreneurs.

“The eco-system of entrepreneurialism in the UK is becoming increasingly wel -developed. More than ever we need awards such as these to celebrate how entrepreneurial the UK actually is.”

The deadline for entries is September 21, 2012. To enter, visit the Growing Business Awards website.

This article was first published in the Financial Mail on Sunday August 5. The Growing Business Awards, co-hosted by Real Business and the CBI, and supported by the Financial Mail, are now open for nominations. You can enter in ten categories.

As well as the high-impact recognition and media coverage, successful shortlisted candidates will enjoy the opportunity to attend the 2012 Annual CBI Conference. A group of candidates will also be invited to an exclusive “high-performance day” hosted at McLaren Racing. 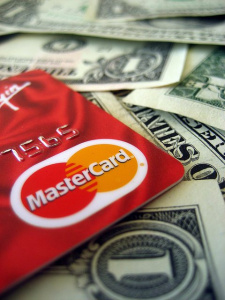 How to pay less for payment services 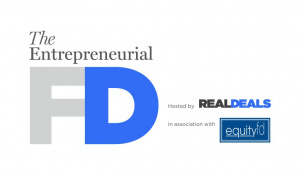