We’re talking about its “pittodrie pie”, of which up to 12,000 are being sold during capacity matches. After alleged news that one of its previous suppliers was trying to trademark the popular pastries, AFC decided to beat it to the finishing line.

“We changed supplier in the summer and the previous supplier were about to register the pittodrie pie so it was just to protect ourselves,” a spokesperson for the club said. “I wouldn’t have thought everybody has a pie at a game but some of them would have two. The club expect to sell between 11,000 and 12,000 pies at a game when we have an 18,000 crowd – such as against Celtic. We try to minimise wastage wherever possible and try to make sure we don’t run out of stock.”

“Brands protect not just the companies, but the products themselves, and registering the product name ensures that consumers know that the AFC institution that is the pittodrie pie continues to be associated solely with the AFC. This way, if consumers were out and about and saw reference to the pie elsewhere, they would know that it has an official link to the AFC.”

That suppliers have gone on to attempt trademarking a product that was part of a club’s brand sparks questions of how big the risk is for firms in different sectors. For example, Aston Martin once sued its supplier for stealing it designs.

Backstabbing seems rife in the world of business and it’s led to a plethora of advice being posted online on how to stop those working with you from becoming your competition.

It’s definitely worth thinking about.

With analysts suggesting that a number of Premier League (PL) football clubs could be bought by the end of 2016, we took a look at teams that found new owners – or majority stakeholders – from outside of the UK. 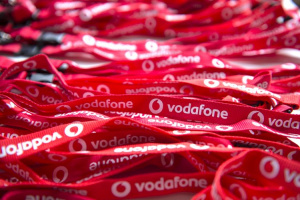