Every entrepreneur has that moment – an experience, epiphany or stage of getting fed up – that prompts them into branching out and creating their own company. Essentially, they are shoved out the proverbial door by a little thing called inspiration – something so often overlooked due to our obsession with talent and ability.

Its branded “elusive nature” doesn’t help, which may cause some to feel pressure considering the spontaneous nature of the feeling. But it’s certainly attainable, and it has a major effect on important life, as well as business, outcomes.

Take, for example, how it can lead entrepreneurs themselves to inspire others through their products. Pip Murray, founder of Pip & Nut, is one such individual, who has tapped into the world of healthy eating. She’s in the business of ensuring our peanut butter sandwiches have nutritional value. And after being crowned Young Achiever at our 2016 First Women Awards, we hoped to learn how the “i” word started her along the road of entrepreneurship – as well as how she intends to wield it to help others.

(1) Please tell me about your background: where did you start your career and how has it evolved?

Before Pip & Nut I worked as a producer for the Science Museum. It involved pulling together large-scale children’s theatre – a totally different world to what I do now!

The idea emerged through my love of running; at the time I was training for marathons and would eat peanut butter on toast as a post-run treat. But I found it difficult to find products that didn’t include cane sugar and palm oil and when I looked at the category as a whole it was very traditional. There was a gap in the market for healthier nut butters that appealed to a wider and younger demographic; I wanted to create a brand that didn’t take itself too seriously and to encourage people to make healthier choices.

I started initially from my kitchen, selling the products at the weekend at a market in London to test out the flavours and get feedback. From that research I decided to scale-up the products with a manufacturing partner and after 12 months of developing the products, creating the brand and raising investment for the first Pip & Nut products, the firm launched onto the shelves of Selfridges in January 2015.

(2) Please elaborate on the company and how it is disrupting the sector.

We see ourselves as a challenger brand because we are bringing something new to a category that has always been very traditional and unexciting. Our mission is to become the nations favourite health food brand and challenge the fact that healthy food is boring. Through innovation in flavours (such as Coconut Almond Butter and Honey Cinnamon Cashew Butter), different pack formats and a much more playful brand we’ve been shaking up the category since we launched.

(3) What is a typical day for you – and what general challenges do you face as a founder and woman in your sector?

There really is no typical day! When we first launched it was just me and Tom, who now heads up our sales. I’d cover all marketing, finance to supply chain – so pretty diverse!

Some 19 months on we’ve grown up somewhat and I now have an amazing team of eight in the office. I still keep a close eye over everything so in any one day I could be meeting buyers or potential brand partners or thinking about packaging design and speaking to my bank manager. The variety is what I love though and being my own boss means I can decide what I will be doing each day. I don’t think I could ever go back to working for someone else!

Building something from the ground up is pretty hard whether you are male or female, but getting taken seriously by manufacturers was initially really hard as a woman. It’s a very male-dominated world so you really have to hold your own when you start discussing the commercial aspects of working with a co-packer. But my confidence has grown immensely over the years so I don’t notice the gender politics so much anymore. The brand’s success tends to do enough of the talking.

(4) What are the highlights of your career?

There are a few moments that stand out to me as highlights of the Pip & Nut journey so far. Seeing the first jar of almond butter roll off the production line was pretty special – two years of plugging away at developing the products finally paid off. And seeing the jars on the shelves of Selfridges, our first ever stockist, was an awesome feeling. In terms of business, winning Sainsbury’s was a massive highlight and it was a real turning point for the firm. When I got the email telling me it would be stocking Pip & Nut I nearly fell off my chair I was so surprised! I’m really grateful to the Sainsbury’s buyers for seeing potential in the brand and taking the risk with us.

(5) With all your career accomplishments, what are the principles, philosophies and guidelines that have brought with you thus far?

Determination is probably the one personality trait that has got me to where I am now. Once I’ve decided to do something I’ll stubbornly push on to get to where I need to be even when things get tough. I believe there aren’t any barriers to stopping you from doing something. It’s simply a case of learning the skills you need and being focused in order to get to your goal. I didn’t have any previous background in food and drink, let alone running a business, so I’m definitely proof of that!

Continue reading to find out Murray’s thoughts on the female agenda, and how she believes we could encourage – and inspire – women to climb to the top. 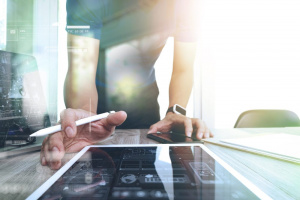 If a website is to reflect the essence of a firm, then the voice of the boss needs to be heard 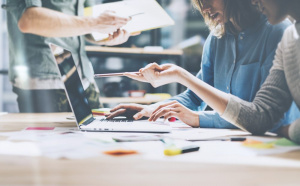 Delving deeper into data: How marketing attribution can empower SMEs