As the managing director of a venture capital firm that invests in property businesses, I often think about how and where the workforce of the future will work. “Beam me up Scotty”, the famous phrase from the original Star Trek series was usually followed by Spock and the gang being painlessly beamed to an intergalactic destination of their choice. Such technology may be hundreds of years away but other awe-inspiring technologies, currently in development, will soon weave their way into everyday society, transforming the workplace into a scene from a futuristic sci-fi saga.

What will the workplace of the future be like?

Firstly, let’s take a look at how far we have come in such a short space of time. When the Xerox printer first entered the more tech-savvy offices of 1976, it was hailed as a magical marvel of productivity. Before computers, businesses had to wait a week before receiving a letter. Today, we shoot emails across countries and continents in seconds. So, what’s next?

We are approaching the death of the office as we know it. As the tablet over-takes the PC and cloud-based applications become increasingly sophisticated, the need for workers to have an assigned desk space is disintegrating. Instead, workspaces will subtly promote company culture, providing employees with comfortable conditions and moveable workstations. Think hybrid concepts such as the “treadmill workstation”.

Who says you can’t blend work with physical fitness? It will be the employer’s duty to keep employees healthy and content in their jobs as the global talent war begins and we enter into the most competitive job market of all time. This will have major repercussions for the way we work. Results of this could include the fragmentation of the workforce and a larger percentage of freelancers working remotely – all thanks to the prevalence of mobile technologies.

The rise of generation Y

Generation Y, the first generation raised on “smart” technology, will embrace innovation and development. Others will have to make a conscious effort to keep up or risk seeing their skills sets slip into irrelevance. It is estimated that generation Y will make up 40 per cent of the workforce by 2020. Are we building work spaces that will stimulate, inspire and motivate these future leaders?

The office will become a centre for creative collaboration; an open spaced area expertly designed to inspire as intelligent computer systems and collaborative robots (a next-generation breed of robots designed to collaborate with humans) handle menial, time consuming tasks. These offices of the future will most likely be “smart offices” in which each surface has interactive capabilities. Imagine operating a coffee machine with your “smart watch”, accessing the office and confidential company information through finger print recognition or having files appear on an A4 pad of electronic ink via cloud computing technology.

The future of the meeting

Face-to-face collaboration could also be remote. The innovative team at Skype are currently revolutionising communication through the development of 3D technology. This will eventually enable holographic images to be projected with great detail. Once this technology reaches its full potential there may be little difference between being physically or “holographically” present. Could this lead to a bizarre situation in which several people based in different parts of the world could arrange a meeting in a virtual boardroom?  These technologies are currently under advanced development. All it will take are some “visionary” system integrators to develop practical uses for these innovations.

The lay-out and set-up of the workplace is changing rapidly as business owners now realise that happiness and productivity go hand-in-hand. Gone are the days of the all-powerful, fire-breathing boss who scares and threatens his employees into a state of enthusiasm. The office of the future will be a place where people form ideas while computers carry out the resulting tasks. We will use our creativity to drive ideas and innovations as these are skills that require consciousness.

All methods of collaboration and communication will be of an instantaneous nature. Real time anonymous feedback will be given from employees to managers as workers communicate through internal social networks. In fact, the biggest challenge employers will face is getting “face time” with their employees. In a borderless, technology-dominated world, leaders will need to have an international outlook with high emotional and cultural intelligence. They will have to learn to inspire “virtually” and encourage global team morale as the idea of a team being physically present for the working day dissipates.

As world travel becomes increasingly easy and technology turns long-distance trips into an effortless experience, we will have the option of travelling further distances for our daily commutes. By the year 2025, we could see the first wave of continental commuters who make daily transcontinental commutes in high-speed under-ground vacuum tunnels. Founder of Pay Pal Elon Musk is driving this service forward, naming his system the “Hyper-Loop”. Such trains are nearly free of the restraints of gravity and friction allowing them to travel at speeds of up to 1,220 km/ph. His first plan is to build a hyper-loop linking LA to New York, allowing commuters to travel between the two cities in minutes.

The potential of where you can work in relation to where you can live would increase exponentially. Companies would compete to attract workers in a worldwide job market; leading to the inevitable globalisation of the workforce.

Adapting to a changing world

We are approaching rapid changes in the way we travel, interact and collaborate to create economic value. Over the next few decades technology will mould and transform our workplaces. And with change always comes opportunity… Early adopters are likely to emerge as tomorrow’s future business leaders, power brokers, and social influencers. Entrepreneurs and managers with the vision to exploit the potential of these innovations will be well-positioned to prosper in the future of the workplace.

Throughout the Star Trek series, the writers dared to visualise far-out technologies. One of these turned out to be a perfect vision of the future: The PADD appeared in the programme 23 years before the uncannily similar IPad device was released by Apple in 2010.

We are still a long way off being instantaneously beamed to a destination of our choice, but the progress in the last 100 years has been extraordinary. To put things in perspective, in 1913, stainless steel was considered a technological breakthrough! The world has clearly taken quantum leaps since then.

Who knows what the future holds and how soon these technologies will be part of our everyday lives? The answer to this question is more of when rather than if.  With the advancement of technology showing no sign of slowing down, these inventions may not be “light years away” after all.  Don’t be surprised if you’re asking Scotty to beam you up a little sooner than you think.

Faisal Butt is co-founder and managing director of Hamilton Bradshaw Real Estate, a venture capital firm he founded with James Caan to invest in entrepreneurs with property related ventures. He is a former winner of Shell Livewire’s “Young Entrepreneur of the Year”, a recipient of the much-acclaimed Skoll Scholarship, and holds an MBA with Distinction from Oxford University.

This document was originally published on Faisal Butt’s blog. 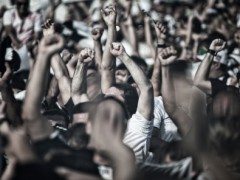 Why you need to be crowdsourcing 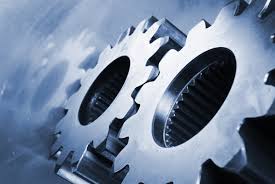