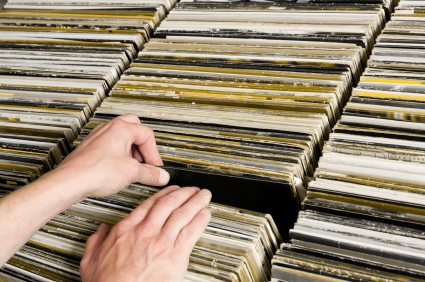 Independent record shops are true gems of UK culture. They used to be everywhere, experiencing a rapid rise in the 60s, 70s and 80s, led by the demise of vinyl, the influence of the chart and the rise of the CD.

But rough times on the high street inevitably took their toll. We knew that something was going wrong when, suddenly, an average of three record shops a week were closing.  “There were record shops when I started my career, they were everywhere…” said musician Paul Weller in the influential documentary on the decline of independent record shops, Last Shop Standing. In the 80s, there were 2,200 independent record stores in the UK. In 2009, numbers of independent stores reached a new low of 269. Then, in 2010, something surprising happened: a handful of new independent record shops opened around Britain. The number of stores grew back to 281, the first increase in a generation, according to the Entertainment Retailers Association. One thing that will have played its part in the background of these encouraging numbers is Record Store Day, an annual event that promotes the history and culture of the independent record shop. This Saturday, we’ll see the the national celebration of the UK’s independent sector take place for the sixth time. Digital downloads are still overwhelmingly the main way most of us consume music but a resurgence in recent years has inspired vinyl activists to support local record shops, and Record Store Day events across the globe are an important part of this movement. They must be doing something right. Rough Trade, a pioneering independent record store, could open new outlets across the UK this year following double-digit growth, year on year, since 2007. “The last quarter alone [Q1 2013] we’ve experienced a 25 per cent increase in sales, year on year,” Rough Trade co-owner, Stephen Godfroy told Real Business. “Various factors contribute to this success, but fundamentally, we place the right value on past, present and future to successfully represent and serve each.” Record stores have, much like independent bookshops, found their new (or old?) place in the high street: they are meeting places, each of them a space to go and hear talks, meet likeminded music lovers, or see bands play for free. “We’ve deliberately made our stores community hubs, ‘third places’ in between work and home, where curious minds of all ages enjoy spending their time in. But it’s obviously not simply serving great coffee. It’s recognising that purchase is just one per cent of a richer experience,” says Godfroy. It’s easily assumed that outlets which offer a vibrant social experience for music-lovers could thrive after HMV went into administration. But Rough Trade’s co-owner disagrees, “simply because independent music store success was an upward trend before they closed some stores. “The reason for increasing independent music store popularity is the result of a much wider, post-digital phenomenon where consumers have become sufficiently confident to blend their consumption across formats and states of ownership.” As such, record stores can serve as a role model for all kinds of high street stores struggling the the infamous “death of the high street” myth. Rough Trade exists in the void between artist and listener, however narrow that void is. In much the same way, high street stores will be filling voids left by digital consumerism. “There will always be the need for an authoritative synthesiser to edit the abundance of choice into a curated form that can be enjoyed in such a manner that it delivers the unexpected joy and value of surprise; and for a place to meet like minded people,” says Godfroy.