Then, in September 2012, chancellor George Osborne lifted the lid on the government’s latest offering – the British Business Bank (BBB). Starting out as a way of getting a select pot of government capital into the hands of small business owners and operators, the BBB is now responsible for all of the Department for Business, Innovation & Skill’s direct finance schemes. It has been spearheaded by business secretary Vince Cable, a politician who has more experience than most in the government when it comes to running a business.

Through visiting the London base of the organisation, we met with its head Keith Morgan and discovered its four key objectives.

Third on the list is described as an “efficient finance market”. To do this, and understand the state of affairs, the BBB put together its “Business Finance Guide” alongside a host of other vested players. This common, and not fragmented, voice is key, said Morgan.

The last point comes back to accountability. As the BBB is using taxpayers money, it must use it well and produce a return of said capital over time.

Recent, and set to be yearly, research carried out by the BBB shed some light on the lack of knowledge some small business owners have when it comes to alternative forms of finance. The three most well-known forms of finance were credit cards, leasing/hire purchase and government/local authority grants. At the other end of the scale, only 15 per cent know of mezzanine finance – with crowdfunding and export finance also propping up the table.

Read more about the BBB:

Morgan described it as a sort of “escalator” structure, starting with its support of the James Caan-fronted Start Up Loans Scheme, through angel funding and Enterprise Capital Funds, and ending up with debt funds and asset-based finance options.

As of the last time figures were collated in September 2014, the BBB is committing £890m a year and supporting some 38,000 small businesses. These businesses are being supported by in excess of £1.7bn of lending and investment enabled by BBB programmes, with over 70 per cent of this being made through non-traditional lenders.

A key component of the BBB’s activity is leveraging, alongside its own finance, private sector capital. For each £1 of BBB cash through investment or guarantees over the next five years, it expects a private sector contribution of £2 to £3.

Read on for our quick-fire Q&A session with Keith Morgan. 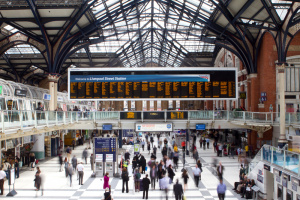 All aboard as Trainline sets off for London IPO 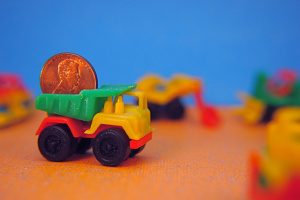