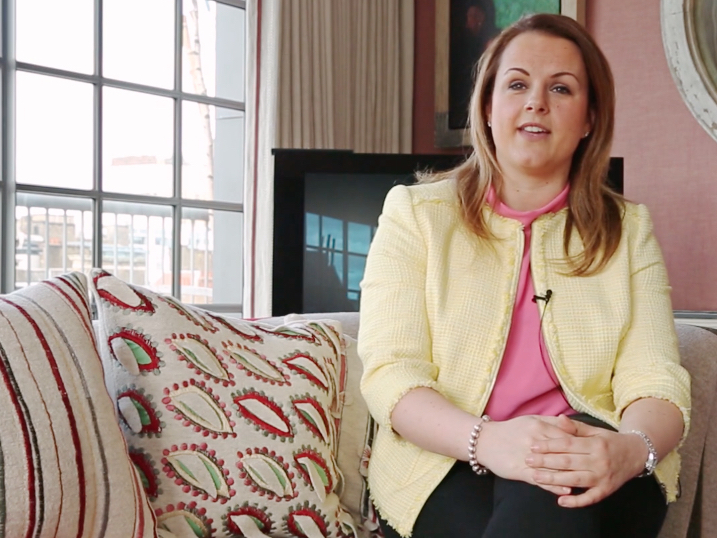 Covering technology development, the construction industry and the boardroom generally, these three CEOs and founders have written into the DNA of their respective growing companies the goal of supporting activities to open up pathways for young women, leading to valuable work experience, access to training and raising aspirations and confidence.

Melissa Lee Batsel, CEO and founder of Model.Me, a US technology startup which has chosen London and the UK as its global hub for launching a mobile app and platform, which allows “selfie” generation users to share and monetise their photos through links with major fashion brands, is committed to encouraging young women to consider technology development as a viable and rewarding career path.

Working on an Entrepreneurs Visa in the UK, and rather than adopting the “Silicon Valley route” to access funding and skilled talent to grow her business, she has engaged with UK Trade & Investment (UKTI) and the British Council and set up a London headquarters, from where she is recruiting local technology sector talent and is reaching out to the further education colleges to promote coding skills and create meaningful work experience opportunities. “I want to encourage and empower more young women to see the technology sector as a very rewarding career destination, which from my perspective and experience is very male-dominated, and I have committed in my business plan to tackle this with meaningful activities to support access to work opportunities by working with education partners to capture hearts and minds at an early stage,” she said. As a 2008 finalist in BBC1’s The Apprentice television show Claire Young, founder and CEO of School Speakers, also runs a social enterprise called Girls Out Loud, encouraging 13-18 year-old girls to raise their work and life goals. She too is equally adamant and passionate on the topic of encouraging and inspiring young women to broaden their ambitions. She said: “Role models for young women, and anybody with aspirations to get on in business are absolutely vital. I am a firm believer in the idea that ‘if you don’t see it, you don’t become it’ and so you need women in leadership positions in order to help create the pipeline of talent with an eye on achieving that top job.” Her School Speakers business grew from visiting and speaking at schools and colleges in life after her television appearance on The Apprentice. The company acts as an agency for more than 300 registered speakers from all walks of business life, who provide motivational talks to students, and is now expanding internationally. Read more from our “Gender inequality in the workplace” focus:

But the glamour of the boardroom and the excitement of the technology sector are not the only areas that require much more balance of the genders, according to Marta de Sousa, founder and CEO of LUX Reality, a London-focussed property design and redevelopment company. She believes the construction industry must be more welcoming to women if it is to thrive – where the numbers of women roofers and bricklayers are so low they are officially immeasurable. She has established an initiative called Building Girls Up, which has received widespread support, including linking to the government’s education programme, Inspiring the Future, which will help create workshops for thousands of 16-18 year-old women in London to raise awareness of careers in construction, prior to a national roll-out. She explained: “I am usually the only women in the room in the property world. At times it is a struggle, but for me, it is a challenge and means I need to prove and assert myself and show my true value. I try to employ women in my industry, but it is a challenge while women make up just two to three per cent of all employees in the various trades.” For more views and comments from all three entrepreneurs on this topic, as well as lessons from their personal business journeys, please have a look at our video interviews below. The First Woman Awards were founded in 2005 by Real Business and the CBI, and seek to celebrate the success of senior level business women and professionals. This year’s event will be held in London on 11 June, 2015, at the London Marriott Hotel, Grosvenor Square.