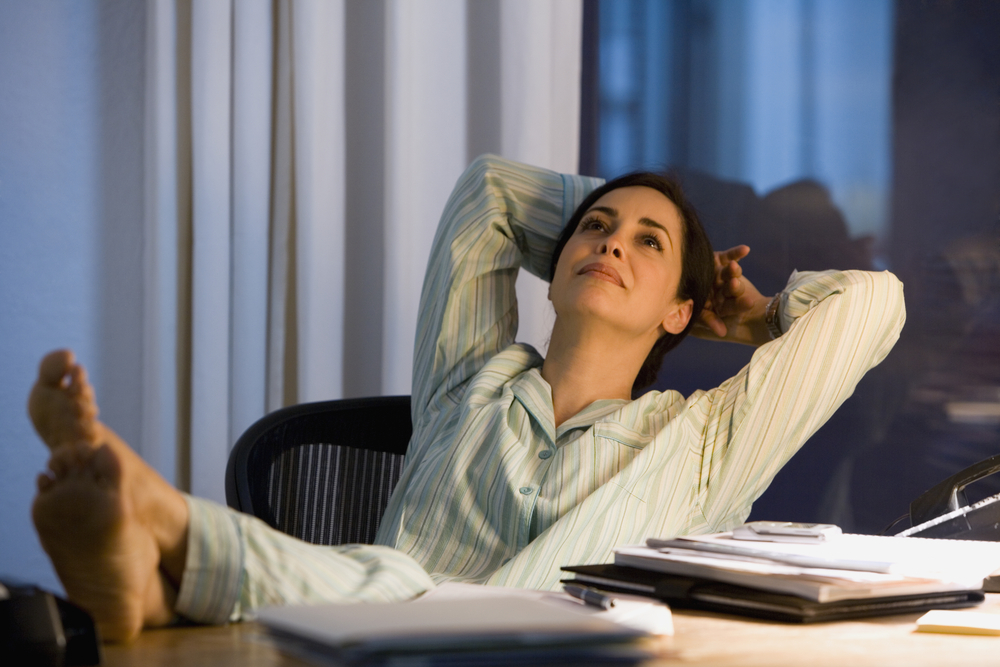 On 13 November, we reported that British office heads are choosing to snub email where possible and offer their staff the freedom to work away from the office in an attempt to boost trust and productivity.

Their eyebrows may be raised, however, as Altodigital has surveyed UK employees to find out their dress code goes out of the window when working from home as 35 per cent prefer to stay in their pyjamas and dressing gown though men are twice more likely to smarten up.

More worryingly, ten per cent seemingly find clothes too smothering and have admitted to joining in on conference calls while naked.

Meanwhile, 41 per cent admit they skive off when working remotely and six per cent have abstained from doing any actual work for the entire day, according to the study.

27 per cent said chores were the biggest distraction, followed by playing with the children on 26 per cent, watching the TV with 24 per cent and one in 20 people having a bath and a nap instead of performing their duties.

Tony Burnett, group sales director at Altodigital, said: “Over the past few years we have seen a clear trend in businesses looking to implement effective WFH policies for their staff and though the many benefits are undeniable, firms must work sensibly to ensure they are getting the most out of their employees when they are working away from the office.

“In order for WFH to work successfully, firms must have a clear and concise WFH policy in place which sets measurable and specific goals for their employees. This should be supported by an appropriate IT infrastructure that makes it easy for employees to connect to the server, print and access their relevant documents and feedback their progress to the rest of the team quickly and easily.”

Benefits of working home for the employees include supporting family commitments, better concentration and cutting down on travel at 23 per cent, 20 per cent and 15 per cent respectively.

There is a silver lining for employers too, as 40 per cent of Brits say their productivity more than doubles when working at home before it peaks at four hours and trails off.