Last year’s survey generated over 1,800 replies from financial chiefs who were keen to voice their thoughts on the current climate of their respective industries.

And although the 2016 survey is still currently open for contributions, Real Business has sourced feedback from a pool of 350 respondents so far.

Starting by breaking down general satisfaction of Britain’s FDs, it seems that access to finance is the least of their worries.

Indeed, while there may have been bottlenecks preventing companies from securing capital due to reluctant banks, there was a large rise of alternative finance methods, such as P2P marketplace and crowdfunding, last year.

As such, on the topic of business pinch points, with a score of one representing “really difficult for business right now” and five being “absolutely no problem”, the majority of FDs at 34.7 per cent rated access to finance with a four. It was just ahead of a five rating given by 34.2 per cent – just 2.2 per cent voted one.

Elsewhere, the skills gap has been widely documented, especially in the areas of science, technology, engineering and maths (STEM). It’s even more notable when women are brought into the equation – indeed, a PwC study in 2015 found that young women globally believe the financial sector can’t offer career progression.

Jon Terry, PwC’s financial services HR consulting leader, said: “Having visible female role models at all levels of an organisation will be an important step to show employees and potential employees that leadership positions are achievable for all.”

To that end, the FDs’ Satisfaction Survey revealed that FDs believe finding the right employees is a more difficult task that locating finance – a majority 36.7 per cent voted with a three, followed by 34.4 per cent with a two. Broken down further, more FDs voted a one than they did a five.

It’s perhaps unsurprising then that the accounting and financial sector was named on the top ten industries desperate to fill graduate jobs.

Lee Biggins, founder and MD of CV-Library, said: “I’m not surprised by the results. Businesses can’t face this problem alone; it’s a much broader issue which requires further government intervention. More needs to be done in early education to entice our future generations.”

We also quizzed FDs on the current affairs that have got them the most worried. It turns out that retaining skills in the workplace is the biggest concern at 23.4 per cent, followed by currency fluctuations at 20.1 per cent. The Far East was the least of the worries, with just 12.9 per cent selecting slowdowns in China.

On the subject of business growth in the next 12 months, 34.4 per cent are expecting a size increase of up to five per cent, making it the most popular prediction. It was followed by 26 per cent of FDs that expect a growth of between six and ten per cent, followed by a less optimistic 16.9 per cent that expect no growth at all.

The results of the FDs’ Satisfaction Survey will be discussed at our maiden FD Surgery event, supported by Lloyds Bank, Bupa, Corporate Traveller, FCM Travel Solutions, webexpenses and WorldFirst, on 18 May.

This event is dedicated to curing the minor niggles and major headaches faced by finance directors, and we’ll also be announcing the UK’s very best accountancy firms, banks, technology providers and other suppliers and advisers as voted for in the FDs’ Satisfaction Survey.

Set at The Royal College of Surgeons in London, FD Surgery has been created to elicit challenges currently faced by FDs and their peers. Treating these conditions will be central to the day, with panel sessions on everything from cash flow and funding to HR and IT.

Want to be a part of the big discussion? Get your answers in and let us know how satisfied you are before 6 April. 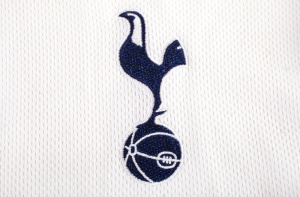 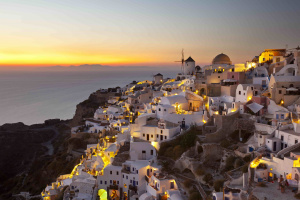