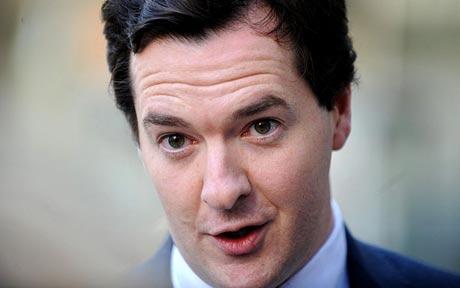 Given the need to repair the public finances, MGI members are expecting tax rises and spending cuts – with capital gains tax (CGT) and VAT considered the most likely candidates for an increase – but are hoping for some moves to mitigate the effects on firms as they attempt to recover from the recession.

Andy White, tax partner at Carter Backer Winter in London, says he expects few surprises, as many of the Budget’s expected contents having been widely predicted or leaked in advance: “I think we’ll see an increase in the main rate of CGT, coupled with extension of reliefs for entrepreneurs and long-term assets, an announcement of a reduction in corporation tax rates over time and an increase in VAT, perhaps to 20 per cent.

“We are also likely to see a commitment to overhaul the corporate tax system to simplify reliefs, a commitment to retain R&D allowances, amended CGT rules restricting the use of Principal Primary Residence (PPR) election and tax increases on petrol, tobacco and alcohol.

White adds that he would like to see the complete abolition of employer’s national insurance, which would encourage employment. “The loss of revenue would be more than compensated by increased income tax and reduced benefit payments in relation to the hundreds of thousands of formerly unemployed individuals who will find work as a result,” he says. “I would also welcome an overhaul of stamp duty land tax to make it a progressive, rather than ‘stepped’ tax.”

Simon Denton, tax partner at south-west firm Milsted Langdon, also expects an increase in the rate of CGT: “I would like to see common sense being applied and the rate increase applying from April 6, 2011 rather than from emergency Budget day itself. And I’d also like the effective ten per cent rate for entrepreneurial gains maintained.

“Corporate tax rates should be cut, especially the small company rate, and there should be a drastic overhaul of the unworkable IR35 legislation and the extended use of consultation groups to address the complexity of legislation. Finally, I’d like to see a commitment to improving the levels of service taxpayers and agents receive from HM Revenue and Customs.”

Peter Bond, tax partner at Midgley Snelling in Weybridge, adds: “I am expecting the widely-trailed CGT rise; I hope it won’t be increased to as much as 40 or 50 per cent as has been suggested, and I also hope some allowance will be made for inflation so only real gains are taxed. My big fear would be that the government may reintroduce CGT on death, as we had in the  sixties and seventies, although were this to happen, this would hopefully lead to a reduction in inheritance tax.

“I hope higher-rate relief for pension contributions will not come under any further attack and while an increase in VAT to as much as 20 per cent has already been factored in by many people, I certainly wouldn’t want it to go any higher as that really would kill off any potential recovery.”

Mark Hook, tax director at Rowley’s in Leicester, tells us he wouldn’t be surprised if we saw an announcement on income splitting or the treatment of dividends from private companies. He adds: “I would like to see an indication as to how the coalition is going to honour its commitment to increase the personal allowance to £10,000 but this may have to wait until the spring of 2011.”