The Equality Act 2010 is far reaching in its aims to protect individuals from discrimination and sexual harassment in the workplace. Employers should be aware that claims could arise from any business relationship including employees, job applicants, contractors, suppliers and customers who complain about any representative of the company.

Sexual harassment, what is it?

An individual may pursue a claim for sexual harassment in the workplace if they believe they have been subject to unwanted conduct of a sexual nature or related to sex, which they found “intimidating, hostile, degrading, or offensive”. “Conduct” can be a one-off event rather than a series of repeated incidents.

An employer can also be liable if an individual is seemingly punished (for example, being passed over for a promotion or subjected to unwarranted criticism and scrutiny) for rejection of the conduct.

Most bosses can honestly say they do not deliberately degrade or humiliate their employees or customers though. But the threshold of what could amount to harassment is relatively low and may come as a surprise to some.

For example, comments about an individual’s appearance, even if well intended and meant as a compliment, can amount to harassment if it makes an individual uncomfortable and does not stop. Jokes and comments of a sexual nature and innuendo, whether spoken or shared on email, an employee’s Whatsapp group or other forum, can be offensive and amount to unwanted conduct.

Likewise, the display or sharing of sexualised images, or even an employee being aware that colleagues had downloaded pornographic images to a work computer and had never been shown the images, have been found to undermine an individual’s dignity.

Arguably, an employer repeatedly asking their personal trainer (or any other employee) to the cinema, or out to dinner could amount to harassment, and any mistreatment of the individual for declining the invitations would be unlawful.

Key to assessing whether or not the environment has become inappropriate, or the conduct was unwanted, is the perception of the person who has raised the complaint. Whilst a Tribunal would also ask if it is reasonable for the individual to react the way they claim, this would be a very difficult point for any employer to dispute.

“Office banter” is no defence

Quite often, when an employee complains about comments and jokes made by colleagues or managers, the employer dismisses it as “office banter”. They might also suggest the individual joined in with the banter and that, as a result, their complaints are disingenuous. But there are a number of risks with this approach;

(1) There is clearly an imbalance of power between an employee and employer so it is quite conceivable that an employee or job applicant might laugh at a joke or comment and not object for fear that it might harm their career prospects;
(2) By raising any complaint, it is clear the conduct is unwanted from that point on. If the employer does not take any steps to address the issue, the employee could subsequently complain both of sexual harassment in the workplace and the fact the employer did nothing to remedy the situation;
(3) By classing the conduct complained of as “office banter” the employer is acknowledging that it is an accepted part of the working culture. Whether or not the conduct is unwanted, this admission could be harmful to the image of the business, future recruitment and customer relationships.

Employers are liable for the actions of their employees, whether the employer knows about them or not. For example, being liable for a claim in circumstances where, unknown to the employer, two employees have a relationship, the relationship ends acrimoniously, and one party is pestering the other to reconcile.

The main defence that an employer can use to any such claim is that they have taken all reasonable steps to prevent and prohibit such conduct.

This means more than merely having a basic equal opportunities policy and sending a manager on a discrimination course. Instead, employers should be proactive; training and policies should be regularly updated, employees should be informed how they can voice and address any concerns they may have, complaints should be thoroughly investigated, and disciplinary action should be considered if it is found that any employee has engaged in sexual harassment in the workplace.

These actions need not destroy the friendly and relaxed atmosphere of a workplace, but employers must take responsibility to establish working cultures that reflect the society we want to live in.

Have you ever been a victim of sexual harassment in the workplace? Perhaps your company has had to deal with the matter? Please contact editors@realbusiness.co.uk to share what happened, and we will treat all matters disclosed treated with confidentiality.

Protecting your business through employment contracts 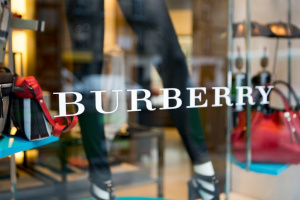