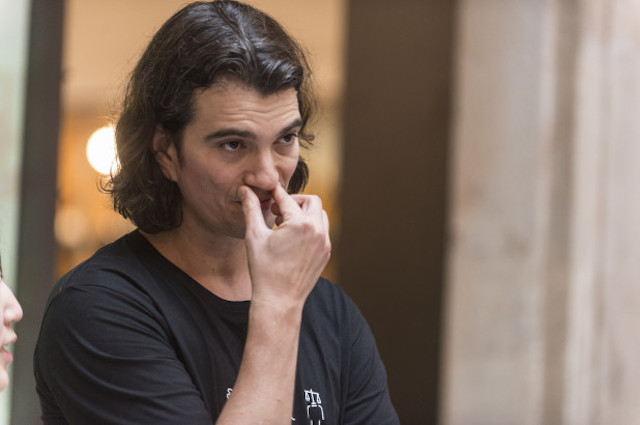 Share via
‘A great ‘ideas man’ doesn’t necessarily make for a great company leader.’ Never has this statement been more valid than in the case of WeWork founder Adam Neumann. Neumann’s story, (including the fact he relinquished his majority voting share and resigned from his post as CEO), opens up debates about leadership at the highest levels. Namely, are business founders, just because they came up with great ideas, necessarily the best people to make operational decisions when a company experiences success?

Should a founder ever lead

Neumann’s resignation comes after weeks of oscillating, and (latterly declining) investor confidence in the company. Moreover, its hopes of market flotation, set to happen this month, (September 2019), have been put on hold. In this brave new world that WeWork’s finding itself in, Neumann will serve as non-executive chairman. Stepping up as co-chief executives are Artie Minson and Sebastian Gunningham, who are two of the company’s most senior staff, and as such will be tasked with making the important decisions going forward.

A refusal to acknowledge the lessons from other IPO failures

When businesses that are seen as ‘new’ or ‘innovative’ float on the stock markets, investors, keen to put their money into something game-changing, are naturally excited.

But what happens when novel markets get saturated Well, investors get choosier.

The likes of Uber, Lyft and Slack and now WeWork are all examples of what happens when the new and exciting becomes ‘the popular’, and when they come to market flotation, investors are no longer as keen to stick their money into them. Perhaps Neumann should have looked at the examples of other IPO duds before seeking a market flotation of his own company.

An innovative idea but a poorly executed business

Only founded in 2010, there’s no doubt that the WeWork concept was an innovative business idea. After all, it came into existence at a time when discussions were just beginning about how employers can get the most out of their employees at work. Embedded in these discussions were ideas about employee health, wellbeing, happiness and productivity. In short, people were finally taking a look around at the environment they were working in. In particular, employers and employees alike were beginning to question the usefulness of their self-contained office spaces. So, WeWork, with its biophilic focus on creating light, breezy and productivity-boosting office spaces, complete with employee perks, (complimentary food and drink and fun activities) and limitless networking opportunities with other businesses, set the standard for desirable office spaces, which countless other ‘shared office’ brands have tried to emulate ever since.

For business owners, and for startups, in particular, the flexible and favourable rates they offered, such as the ‘first 6 months’ rent-free, were manna from heaven. However, what Neumann didn’t think through is that an overwhelming majority of startups,?(the very businesses WeWork was set up to cater for), flounder during their first year. So free rent is great until the business is no longer there to cough up the funds when the grace period ends.

Neumann’s series of questionable decisions have dealt a definite blow to investor confidence. The most obvious place to start is with the company’s finances. Neumann has quite a serious conflict of interest when it comes to the relationship between WeWork and its leasing of properties. In fact, he owns a number of properties that WeWork leases space from. According to Sky News, he has also “used company stock as collateral in securing personal loans”, which, coupled with the fact he’s leasing properties to himself, shows that he sees WeWork as his personal financial portfolio more than anything else. Furthermore, rising operational and lease based costs mean WeWork’s going to struggle to hit profitability, where it will have to pay as much as £14.5bn in rent over the next decade a great concern for potential stakeholders if its current valuation sits somewhere between £12bn to £16bn.

A lack of care about corporate reputation

Then there’s Neumann’s poor character, which is wholly inappropriate for a business leader with such a public image. From stories alluding to?drug-taking to tales of nepotism, (his wife and fellow WeWork executive has apparently been firing employees on the spot due to concerns about them having the ‘wrong energy’) so whatever’s going on, it’s clear the brand’s facing some serious CSR issues. All in all, Neumann’s dictatorial behaviour is doing little for WeWork’s reputation or image as a democratic company, so why should investors feel encouraged to become stakeholders when and if it goes public

Let his failures be an example…

In a similar way to Superdry founder Julian Dunkerton’s story, while an entrepreneur might have had the great vision to start an innovative business, it doesn’t mean they have the skills, nor the right kind of leadership ability (or even the right character), to see it through to new adventures ?” whether that’s international expansion or market flotation. Unfortunately, this is where entrepreneurial ego plays a big part, so it’s important that founders have a solid team of executives around them who can keep their ‘hubris’ in check when they take things too far.