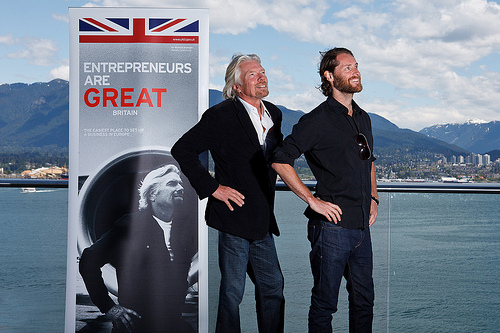 There is a tiny number of natural-born entrepreneurs out there, people who always knew they?d be running their own show long before they had any idea what that might be. This rare breed never considers being anyone else?s employee. Most entrepreneurs don?t start out like that. They enter the workplace and, if they?re lucky, find something they?re really good at and care about. Sooner or later they figure out how they might plausibly make money from going it alone. But however startling the proficiency, passion and monetizeable model underlying the business, in itself this is an insufficient recipe for success. Many businesses that are fantastic at delivering their core competency still fail. The failure arises not from what they do but from how they?re built.

A big surprise for most reluctant entrepreneurs is that the Man has not disappeared from their lives. They?ve simply become their own Man, and He is extremely concerned about the most immediate stuff. He?s worried about cashflow, and early wins. He wants to focus on making operations work as best they can as quickly as possible. And he wants to postpone any ?nice-to-haves? until at least the second year of business.

Think about your broader story, not just transactions

A compelling truth at the heart of business is that people buy people. In a small business, personal relationships and reputation can be as important as the thing being sold. As the business grows, these relationships and reputation start operating at the company level and then you have a brand, not just a business. This doesn?t happen by accident, but by design. A fundamental error of the early-stage start-up is to equate ?brand? with ?marketing stuff?, and dismiss it to the bin of ?nice-to-haves?. Just because you?ve got a name and a knocked-up logo doesn?t mean you have a brand. When you start a business, you have an understanding of the world which makes you believe there is an opportunity. Your brand is all about where you want your company to fit into that world, and the beliefs and values that will get you there.

The brand positioning should be the first question you address: this defines the company culture – the environment where the business takes place and the behavior that happens there, and it is this behavior that allows for specific goals to be set. The combination of positioning, culture, behavior and goals is what makes up your brand. Executed properly, this type of brand design then feeds into all operations of the company.

Get your priorities right

For many start-ups, the Man doesn?t like this picture – it?s too nebulous and long-term. He wants to get some miles under his belt before thinking about the brand. Sadly, for many, that day never comes. Life can be tough for the reluctant entrepreneur, and it can often feel like drinking from a fire-hose. But figuring out the brand thinking for the business should always be a priority. It certainly won?t guarantee success, but it will increase the chances of the business standing or falling on its own terms. If you have to fail, you should make sure it?s because of a bad business idea not because you had a good one and went about it the wrong way. Kevin May, founding partner of Sticks, a new kind of marketing strategy company. Image source