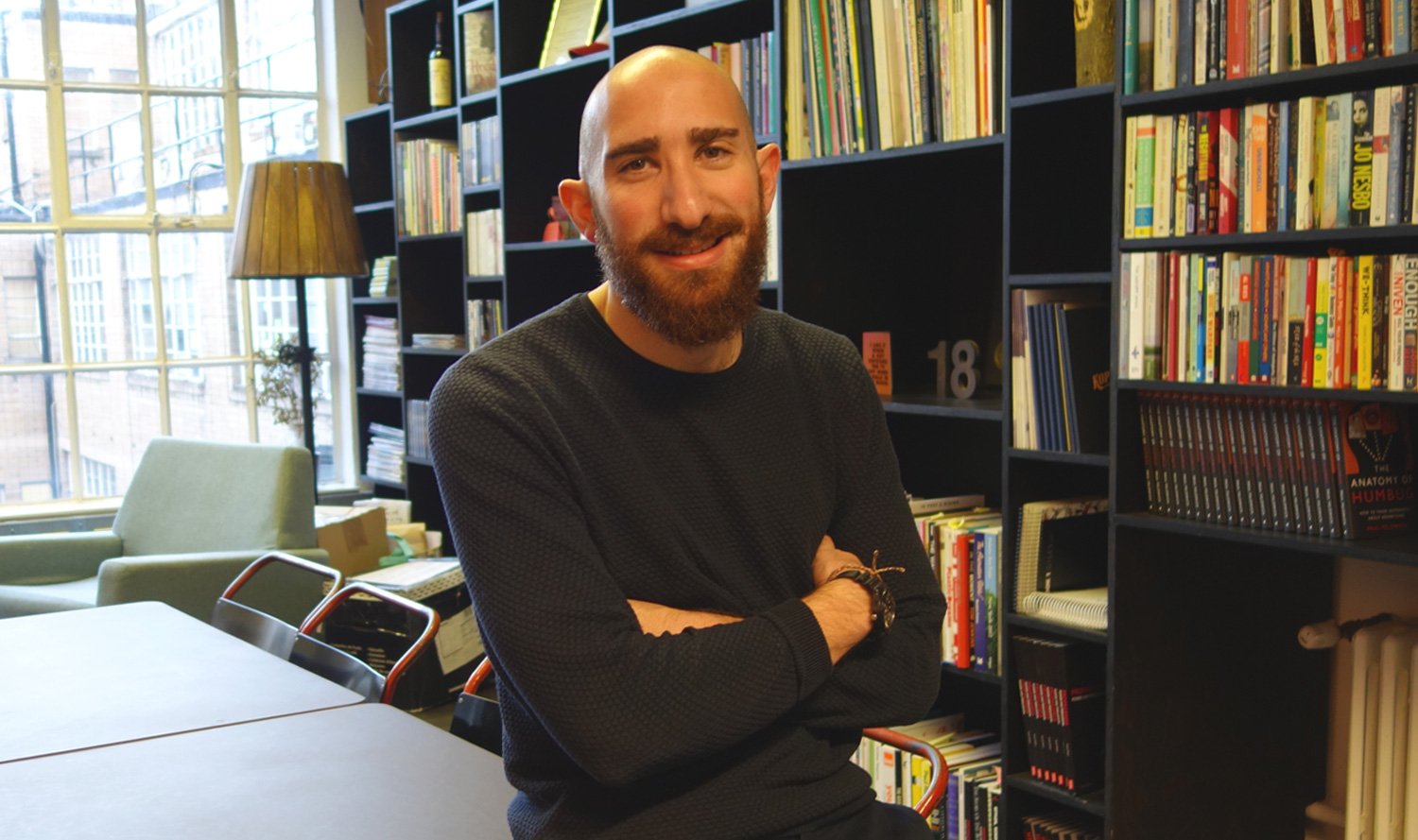 Share via
Prior to going at it alone as a sole founder, Levene held a position as chief strategy officer at branded app developer Grapple Mobile for three years. He was there when the firm was?taken over by mobile commerce business Monitise in a ?39.4m deal, which resulted in Grapple becoming Monitise Create. Levene stepped into the role of senior vice president, but left in 2014 after an 18-month stretch. ?At Grapple I had a front row seat. I saw the business go from 90 people to 180 under Monitise,? he recalled of the transition. On a trip to Italy is when he had the inspiration to fly solo. ?In 2016, it?s crazy to wait on hold, to then have to ID yourself ? it creates friction and Hero was born from a personal frustration. ?In 2014, I had a flight to Italy and left my glasses on board. I then had to speak with both airports and the airline, while the insurance company then needed to receive a letter and a photo of the glasses.? The rigmarole, troublesome as it was at the time, was the inspiration for Hero and he left Monitise Create to spend time on a beach in Brazil, which is where his business plan was drafted. Around a year ago, Levene rounded up angel investors to get started ? one of whom was Jamie True, a Grapple co-founder and also the man responsible for?providing funding to Smartzer ? an interactive video startup founded by Karoline Gross. So what is Hero? Given the hassle Levene experienced to locate his specs ? not sure if he ever did ? Hero simplifies customer-to-business communications and runs as a WhatsApp-like mobile app. ?It allows users to chat with any business, essentially acting as a personal assistant. You can book a gym, appointments with the dentist or haircut with a barber, all in the same way you would with a WhatsApp message,? he detailed. The business has been up and running for almost a year, while the beta launch of the app took place ahead of Christmas. Currently running on iPhone-only with Android in development, the idea is to help small businesses achieve better communications with would-be customers to develop a rapport.

The initial launch focus is in London, with sectors to include shopping, food and drink, and services. Levene continued: ?You can even make requests to reserve items and find gifts. Users have been very supportive. Businesses are responding now and our partners include Made.com. ?We want to create a request network. It?s a huge opportunity and we want to give small businesses digital superpowers so that indies can compete with Amazon.? He said that customer messaging ?makes the experience frictionless? and ?will encourage the trend of shopping local, which is prevented by a missing tech layer?. But what if you don?t want to shop with Made.com and you want a business that isn?t partnered up? That?s where it gets particularly clever. ?Non-partner companies are accessed with a middle team. Some of those guys are based in the office and some are stay-at-home mums,? Levene revealed. ?We?ve got a network of assistants, some of whom are former personal shoppers. We use a sharing economy model in that respect, but having businesses responding themselves is the vision.?

Levene explained a desire to create ?conversational commerce? with Hero, whether that?s for an independent retailer, fitness operation or otherwise. The company is now getting ready to actively market the service, with word of mouth responsible for growth until now, while he added that securing partners like Made.com and Cubitts give the platform more validation.

?We were keen to ensure there weren?t any barriers or integration-based complications ? nothing that would deter small firms. It?s smartphone-based currently, but there will also be web and tablet solutions,” Levene said. ?It?s an easy proposition to market because it?s messaging. There are 80bn messages sent daily between friends ? we?re the first dedicated app in the world to deliver this for businesses.

?People get it because it?s not alien or entirely different to LiveChat, though that was for the desktop and everything is mobile now. Firms understand that customers have left PC ??we want to reenergise them for the mobile age.? As for the money-maker, Levene said: ?As a British startup, I?m conscious we?re not like Silicon Valley counterparts that can build up a huge user base before thinking about monetising. It all relates to purchase intent.? To that end, there could be a commission-based structure in place, based on whether users are going ahead from Hero’s help to make a purchase with the business in question. ?We want to democratise the department store or the restaurant, generating revenue based on commission or their increased sales. We don?t want to charge if we?re not going to make a difference,? he detailed. The added benefit of using Hero, Levene believes, is that consumers won?t need to download individual apps ? instead they can reach all local operations from one place. Hero is also in the process of launching a software development kit (SDK), which will support retailers ? including larger ones ? with integration for ecommerce sites, acting as a plug-in. Levene said: “Hero will?offer the same personalised messaging from wherever the customer chooses to shop ? mobile website, desktop website etc. Just like the app, all the messages are routed to the associates in-store who can pick up the conversation and offer their personalised service.” He added that, like WhatsApp, all conversations with businesses can be entered as and when the user chooses ? even if that?s multiple times a week. It means there?s a great opportunity for companies to generate a relationship with customers, understanding individual needs. ?Today, you can get a taxi or delivery at the tap of a button ? so to be on hold for customer service makes no sense. When friction gets in the way, you?re discouraged to be loyal. That?s the way the world is becoming, there?s less patience today,? Levene said. ?With Hero, you get a response ASAP, even if it?s just to say ?we?ll go to check stock?. It?s important to get that immediate response. Without that the user just feels frustration. Operationally, it just makes sense.?

If your business is yet to nail its mobile activity, you should be aware that the average UK home now has 8.3 connected devices.