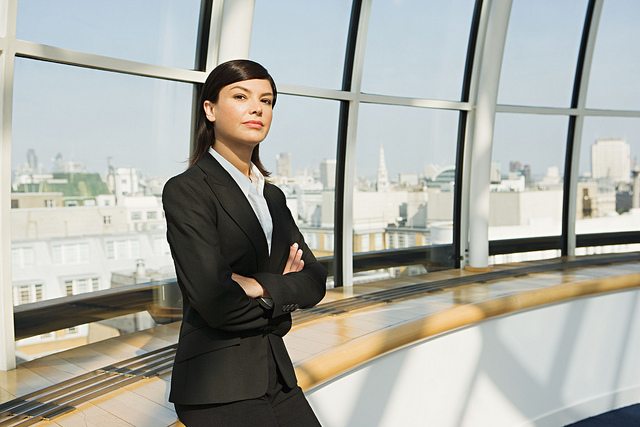 Modern working life for women is still a road full of hurdles. Professional women used to be held back by the infamous ?glass ceiling?, the single barrier between them and the boardroom. Today, the ceiling has broken up into pieces of glass we have to tread on on our way to the top.

Ernst & Young has identified the multiple barriers working women face throughout their careers, by conducting a survey of 1,000 female professionals in the UK. The four key barriers in the way are age, lack of role models, qualifications, and unsurprisingly, but sadly motherhood. What crystallized from the survey was most of all that female employees need the support from their employers to overcome these hurdles. More support after returning to work from having children was the top answer respondents gave when they were asked to identify what three things their employer could do to remove these barriers. But they also asked for help from the government’s side, pleading for affordable child-care and policy guidance on flexible working for UK businesses. Karen Mattison MBE, the founder of part-time jobs website Timewise Jobs, told a story of frustration when she tried tried to find a position that she could combine with her family life, after the birth of her second son, Joe. The former CEO of a mental health charity, Karen gave up after six months of jobhunting, finding no part-time positions for her qualifications. “I searched and searched, but the only part time vacancies I saw were roles I was overqualified for. It was utterly dismaying, and I realised that thousands of other professional women and men must be facing this classic dilemma,” Mattison said. “I had reached chief executive level, and for what” I simply could not find a job opening with hours I could realistically work, where I could apply my full set of skills and experiences. I felt that there was no career path to follow, and no role models to guide the way. The outlook for finding work felt bleak. The lack of role models is a particularly big part of the problem, judging from a discussion between Harry Gaskell, Ernst & Young head of advisory and Liz Bingham, Ernst & Young managing partner for people, below. Three of four respondents said they had few or no female role models within their organisation. Unfortunately, the impact of motherhood is still felt strongly by women who can’t find the support they need to get back in the game. A more surprising hurdle is age. Delving into the findings behind the barriers, the survey identified age perceived as either too young or too old as being the biggest obstacle that women face during their careers. Some 32 per cent of women questioned said it had impacted their career progression to date. Young women in particular feel the frustrating prejudice against them, with half of all respondents between 18 and 23 saying that age had been a barrier they had already encountered in their career. Age is a very complex issue, especially when it’s linked to perception. It’s concerning to see that women seem to be most vulnerable during the formative stages of their careers, when they are working their way through the ranks,” said Liz Bingham. Bingham suggested that business leaders should try to encourage role models within their organisation who can ?demonstrate that age is not an inhibitor to opportunity and progression. Harry Gaskell commented that the barriers identified should reinforce that encouraging and supporting women into senior positions is a talent pipeline issue. Organisations need to ensure they are supporting women at every stage of their career lifecycle, not just as they are about to enter the boardroom. Image source