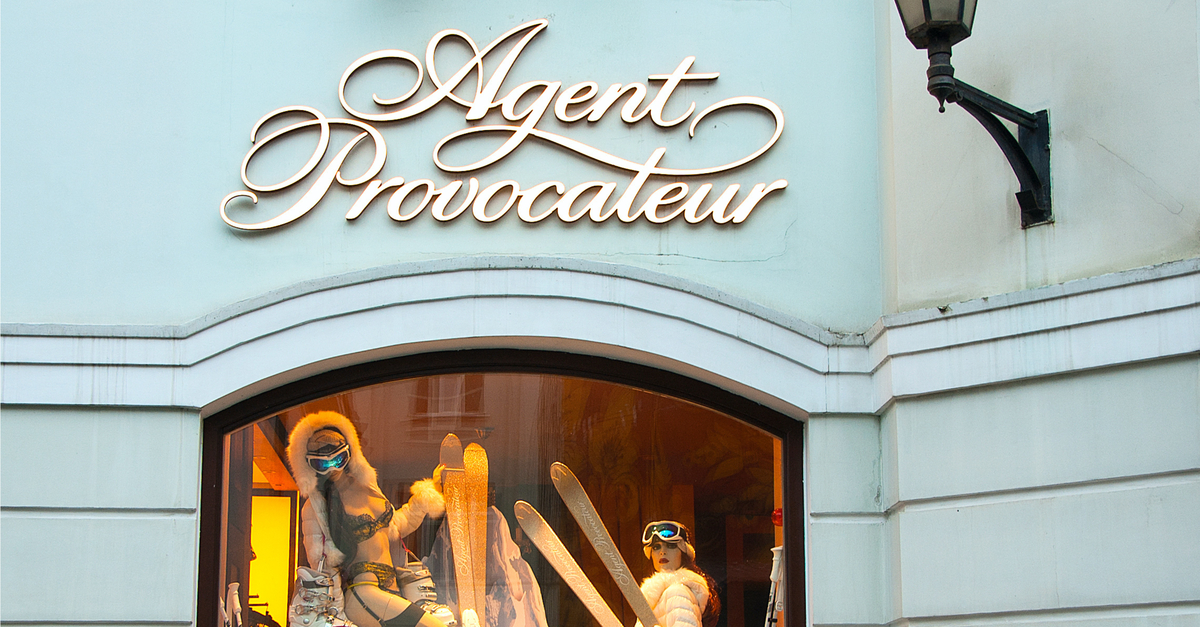 Share via
The business was bought by Four Holdings, which is the parent company of Four Marketing, a fashion brand marketing agency which is in turn 25 per cent owned by Sports Direct. The co-founder of Agent Provocateur, Joe Corr?, has branded the sale “a disgrace to British business” and a “phenomenal stitch up”. Agent Provocateur’s entire UK business was purchased, which hopefully means most of the 100 UK staff and the 11 stores will be saved. However, this came at the expense of its international reach; although its global branding rights were also kept, its 100 international outlets were not so lucky. From boom to bust 3i bought an 80 per cent stake in Agent Provocateur for ?60m in 2007, but it has struggled with large debts and poor sales over the last few years. Last November, certain accounting irregularities were exposed, relating to wrong information being provided in relation to costs, stock and liability reporting. This had the effect of writing down the value of 3i’s investment by ?39m and the business was put up for sale in January. With no buyer found 3i was forced to put the business into administration. It is unlikely to receive any of the proceeds of the sale. What is a pre-pack? A pre-pack administration enables the quick sale of a business or assets (or both) of a company in insolvency. The deal is negotiated and agreed prior to the appointment of an administrator and completed immediately afterwards. Pre-packs are often criticised as being unethical; a process that enables directors to strip the business of its debts and continue running it successfully. Agent Provocateur’s debts were not disclosed, however Barclays was its biggest creditor. Despite the poor public perception of pre-packs, a different route into insolvency will often provide no better return for creditors. Selling by way of a pre-pack is a last ditch attempt at salvaging what is left of a flailing business. So, lets uncover some of the advantages and disadvantages of entering into a pre-pack: Agent Placateur? Or Agent Provocateur? Joe Corr? launched a scathing attack on both 3i and Four Holdings, dubbing the deal ?a scandal on many levels?. Following this high profile and controversial pre-pack, can any lessons be learnt? The key to justifying a pre-pack is a fair and transparent marketing and valuation process. The deal being struck has to be in the best interest of creditors, rather than being the easiest on the table. Despite this, there is always a risk that unsecured creditors and investors can be left with nothing. Arguably the Four Holdings offer really was the best offer on the table, in very challenging circumstances. Aside from Barclays (and perhaps HMRC), it is not clear whether other creditors would have benefited from this sale. On the flipside, the majority of UK staff and stores should be saved. There is always the concern that the speed in which a pre-pack is wrapped up can overlook major issues that a buyer might expose when carrying out a fulsome DD process. Market knowledge and experience is key here, so that you can hit the ground running. Also, let’s not forget that Mike Ashley and co are opportunists with a large amount of capital, who have a higher capacity for risk and can afford to absorb potential losses. But that doesn?t necessarily help the business. There is a greater chance of making a pre-pack successful when the (third party or management) buyer knows the business or its industry inside out. Four Marketing might have fashion branding experience, but Sports Direct and Agent Provocateur clearly represent very different brands, tastes and customers. Whether they will get along is a big question; let’s hope they don’t get their knickers in a twist. Co-written by Richard Belsey, senior associate in Wedlake Bell’s corporate team, and Lucy Phoenix, associate in Wedlake Bell’s insolvency team. Image: Shutterstock