Artificial intelligence faces its fair share of fans – and foes. For some SMEs, AI is seen as an innovator in business technology. For others, and especially for a number of employees, it’s seen as something that will steal their jobs.

However, a report released by the McKinsey Global Institute suggests that we should all sit up and listen when it comes to AI, whatever our initial views may be. Below are the report’s key findings.

AI is coming, get prepared to ensure success

McKinsey’s research has concluded that by 2030, 70% of companies will likely adopt at least one type of AI technology. The findings also show that preparation for absorption of AI systems into businesses requires careful consideration and preparation beforehand.

Late adopters might find it difficult to generate impact from AI, because front-runners have already captured AI opportunities and late adopters lag in developing capabilities and attracting talent.

Forget the industrial revolution: AI will define our new era

The invention of fossil-fuelled locomotives by the Victorians set the industrial tone for the next century – and beyond. The same will go for AI if it is implemented properly by businesses and hits the levels the McKinsey report’s simulations says it will. Like its industrial predecessor, experts believe that AI has the potential to foster global economic activity to the tune of $13 trillion by 2030.

This would amount to an estimated 16% higher cumulative GDP compared with today and amounts to 1.2% additional GDP growth per year.

The growing integration of AI into businesses means that a whole new demand for employees with specific skills will open up. In the ever-saturated and competitive job market, diversification of skill-set demand is a positive thing. However, an ‘AI takeover’ could also lead to a backlog of candidates lacking or unable to acquire these specific skills, which is dangerous if the operation of AI technologies becomes overly central to businesses.

AI integration into businesses may not be a ‘zero to hero’ story. The study suggests that its growth and application may follow an ‘S-Curve’ pattern over a linear trajectory. This ‘slow burn’ approach may not sound as innovative as AI claims to be. Businesses that employ early integration methodologies will find themselves at the technological forefront, with others running to keep up.

An overall slower integration process across the board will also be down to the higher costs of integrating AI into the blueprints of businesses. Additional expenses will also come from teaching employees about how to use the technology. But as time goes on, learning and deployment aids and user shortcuts will also develop, making AI even more innovative and easy to use. All this will, despite a shaky start for some, create a healthy and competitive business environment.

Shortfalls: Developmental disparity and other dangers

Whilst there is clear evidence that AI has the potential to aid business disruption if businesses are proactive enough to start implementing it, the report also shows that AI integration may exacerbate existing digital inequalities between developed and developing economies.

This is due to developed countries being, well, developed. These economies will naturally take the lead when it comes to faster and more effective AI integration. The forecast shows that developed AI economies could secure an additional 20-25% in net economic benefits, compared with today. Because of this, AI leaders in developing countries may only reach about 5-15%.

Developed economies have an incentive to remain at the top. To do this they must push for further innovation when they see it and stay ahead of their developing competitors. They will likely spearhead the AI agenda to promote higher productivity growth as their GDP-growth momentum slows due to the drain of ageing populations.

What could be dangerous for employees is that industries will be incentivised to substitute physical labour for robotic aid due to higher wage rates in the west. However, in developing countries where wage rates are lower, there is more scope for physical labour to remain the norm over AI.

Overall, the study shows that the integration of AI into business systems offers more net benefits than disadvantages. The findings show that through considered preparation and a panic-free integration process,

AI could stimulate new employment by 5% by 2030, with a total contribution to employment by about 10%. The key to this will rest in the ability of companies to skill and re-skill staff, as well as a positive and proactive attitude from employees, both old and new to the AI game. 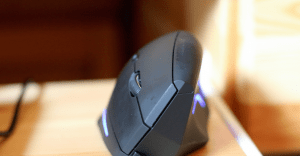 I tried: A small change that can make a big difference to productivity