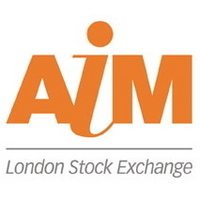 Accountancy and financial services group Smith & Williamson surveyed 120 UK-based companies from AIM, representing ten per cent of AIM-listed companies operating in the UK and a wide range of market capitalisation values, length of time on AIM and proportion of shares in public hands.

The results showed that: The desire for further fundraising has remained remarkably stable in spite of economic turmoil. “Two-thirds of AIM companies in our annual survey have consistently said they will look to raise further funds and make acquisitions, despite the recession” says Philip Quigley, chairman of Smith & Williamson’s quoted company group. “On the whole, AIM’s members are saying that it continues to fulfil its primary purpose and function as an effective growth market.” “Clearly there is a wide range of funding requirements, and still an element of fire fighting,” he adds. “Many AIM companies are not particularly cash rich, given the nature of their operations and pressure from investors, so it’s not surprising that large numbers of respondents seem to be indicating their intention to raise relatively modest amounts, most likely for working capital purposes or organic expansion, or perhaps to pay for deferred consideration for previous acquisitions.” “Nonetheless, significant numbers indicate that they are looking for substantial sums relative to their market cap that we would expect to be used to fund transformational deals. The intent is clearly there for growth companies to act as we might expect and reflects rising levels of confidence. This is encouraging for AIM, which appears to be doing what it’s supposed to do as a growth market.” While the level of optimism is high, there are still some major challenges ahead – the ongoing reshaping of banking balance sheets, concerns over national governments’ budget deficits, inflation and interest rate expectations will be the key factors influencing the analysts and the future direction of the equity markets.