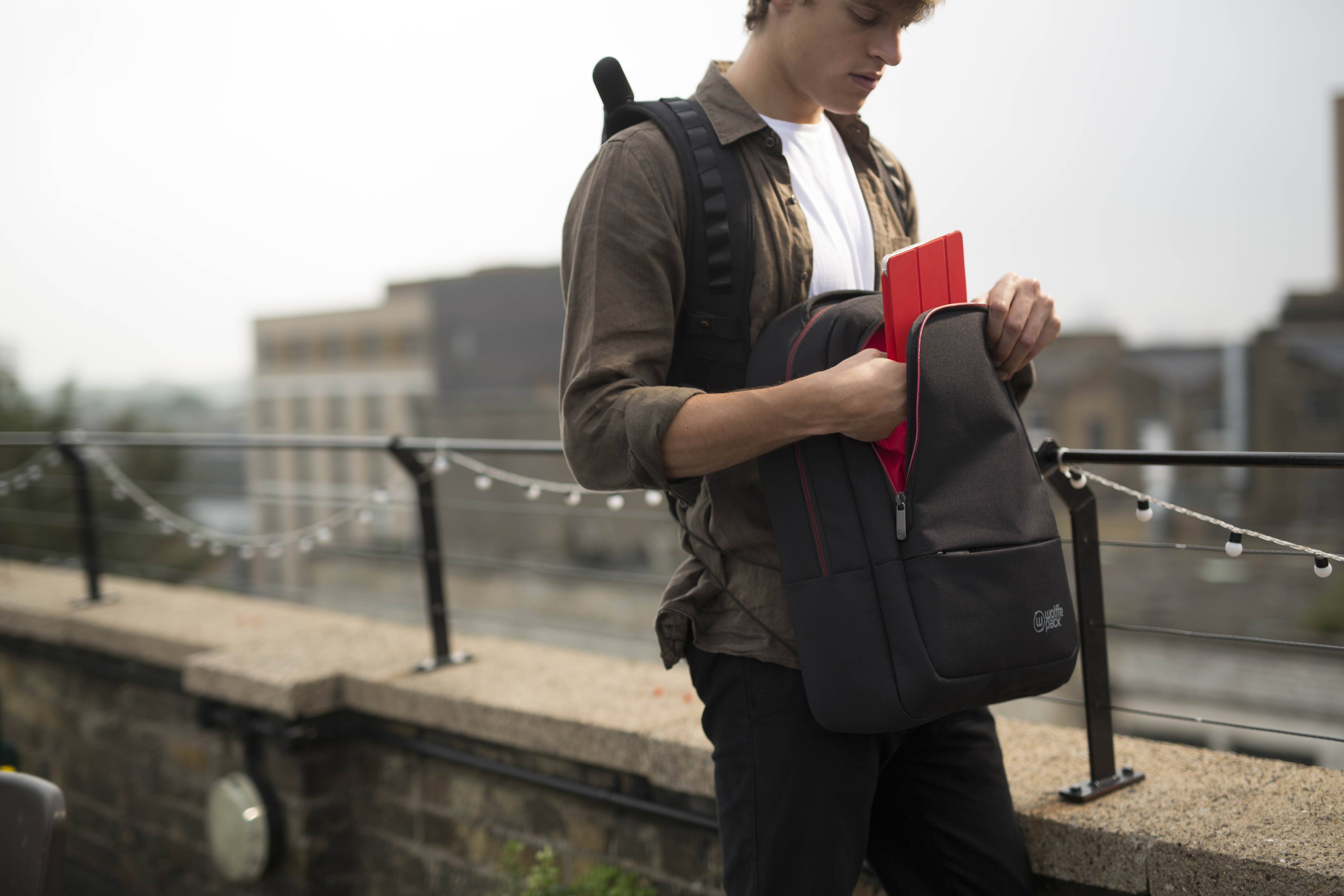 Wolffe remembers well the moment that crystallised the inspiration for his business. Watching a local postman struggle to retrieve letters from the bag on his back got him to thinking – there has been fundamentally little innovation in the backpack market for three decades.

“The backpack has always been compromised by the fact that the ergonomically best place to carry – on your back – is the worst place for security and navigating small spaces,’ he explained. As with many physical product entrepreneurs these days, those that require significant amounts of cash as they burn through prototypes, Wolffe turned to crowdfunding – in the shape of Kickstarter. In hosting a campaign on the website towards the back end of 2014, he was successful in banking £47,277 from an initial goal of £30,000. “The concept received huge global PR and we received pre-orders from 30 different countries. We then went into volume production and have been available for general sale since October 2015,” Wolffe said. The company’s first product is described as an “orbital backpack”, reportedly the only one in the world that swings to your front without leaving your back. This, Wolffe claims, provides the benefits of better access to your stuff, more comfort in crowded places like public transport and greater security when you may feel at risk. Interestingly, the business manufactures its won products and then sells direct to consumers online throughout the world. “With the unique appeal of our product we are now building a series of distribution partnerships and are now selling wholesale to distributors and retailers internationally,” he added. “Our technology, the expetoSYSTEM, is patented and can be licensed to partners operating in certain market segments.”

It was only after having a prototype he was happy with that Wolffe finally quit his job and went full time, but that doesn’t mean the journey was without teething problems. Developing the technology took much longer than he expected and planned, and even late into pre-production he had to upgrade certain components. Then, getting the product to the level he and the business could be proud of, whereby it was robust enough to survive anything a backpack had thrown at it, took a substantial amount more iteration and “detailed focus” than first imagined. However, the pay off has been seen – especially in the form of design awards. In November 2015, Wolffepack won a Good Design Award 2015 in Japan, a mark recognised by over 80 per cent of Japanese consumers. Following that, in December the company won a Good Design Award from the Chicago Athenaeum Design Museum, joining the likes of Apple, Dyson and other winners. Wolffe appears to be incredibly ambitious with where he wants to take the product and brand. “We’re aiming to do to the world of backpacks what Dyson has done to the world of vacuum cleaners. Some day people will expect that a backpack will be able to be swung to the front, like they expect luggage to have wheels on it.” His advice to others mulling over starting a physical product-based business is simple: “You never know unless you try. Nobody knows the future, and whoever claims they can predict it is lying. The only way to truly find out about a project is to have a go.” As a man who used to be group finance officer at HMV, and CFO at AOL Europe, his is an interesting corporate to entrepreneur story. With a degree in engineering from Cambridge University, he now seems to be successfully marrying the fundamentals of prototype design and product execution with the sound financial management that is key to long-term business success. And who knows, maybe Wolffe is right. Maybe one day it will be the norm to expect a backpack to be able to swing to the front. Enjoyed the story of Wolffepack? Then check out what a duo of urban cycling entrepreneurs have been up to.