The biggest threat to the aviation industry is the likes of Amazon, Google, Uber and other super-scale startups, according to British Airways CEO Alex Cruz.

Speaking at Buy Yorkshire, an SME conference in Leeds, British Airways CEO and chairman Alex Cruz shared what makes the brand special. He also highlighted one of its biggest threats, and it’s not other airlines.

“I believe the digital revolution for the airline industry is coming in two different waves,” he said.

“The first wave is a collection of very good startups that are coming up with small solutions that will make your travel experience better that what an airline does.”

Cruz summed it up in this anecdote: “The other day, we had a passenger come in to Lost and Found and said their bag didn’t make it there. The agent at the Lost and Found asked them to fill up a form with all the details. The passenger turned around and said ‘well, my bag is in Milan, terminal 2, concourse B. It’s moving. And I’ve noticed you have a flight from there in half an hour. Can you just put it on that flight? I’ll wait.'”

His story concluded rather anti-climatically. In true old-world bureaucratic fashion, the agent in Lost and Found said ‘can you please fill out the form first and we’ll figure it out.’ This is where the generation gap between big business and savvy start-ups begins to show.

“There are a number of start-ups around baggage tracking, pricing, customer service in the airline space. And they’re coming up with better propositions. We need to use these kinds of start-ups to motivate us, to drive our own agility.”

As a matter of course, Cruz added that BA will have to have a better solution for baggage tracking, for pricing tickets in the future. “All of that is in the first wave, and I’m taking advantage of that,” he said. “I’m building teams that are only focused on generating those sort of solutions, very, very far away from our corporate office, which is about meetings and approvals and business cases – which I’m also trying to change.”

“At BA, we still feel the pressure to provide price-sensitive products.”

The second wave is what is the future of any consumer business will look like. Specifically when you look at how Apple, Microsoft, Amazon, or Uber may evolve over time.

“The provocative question I ask my colleagues in the industry is what happens when Amazon believes they can price a flight to New York better than an airline?”

If Amazon believes it can make more revenue than airline companies, then that’s a whole new level of competition, he explained.

“What happens if they believe they can make more revenue from that? That will be a tricky time. There’s a lot of work taking place on how these big giants may use their data to populate your inboxes with fantastic offers. How can we prepare for that?” 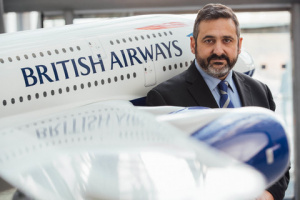 British Airways post Brexit: CEO Alex Cruz on the value in collaborating with startups to stay ahead 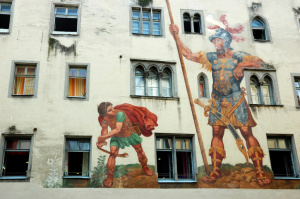