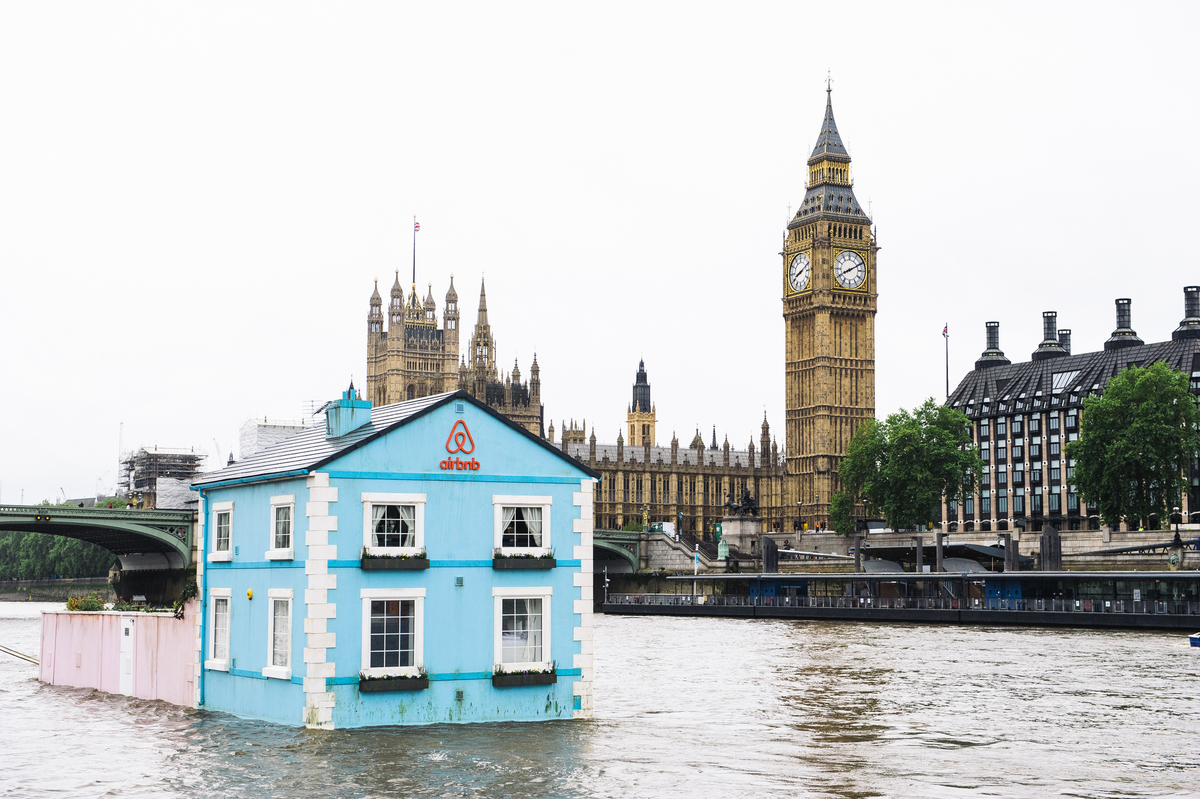 It comes after the American online accommodation service gave away some $1m to generate brand awareness in January, while also attempting to break down any negative attitudes towards staying with strangers.

However, this more outlandish campaign will see the two bedroom property, which comes complete with living room, working bathroom, real grass garden, doghouse and apple tree,? situated on the River Thames until 22 May.

The London-centric promotion comes as new rules on home sharing will permit locals in the city to share their homes with travellers for up to 90 days a year. In keeping with the sharing economy ideals, the legislation means homeowners can make extra cash while travellers can live like a Londoner.

The company provided data from economist Margarethe Theseira, who said an Airbnb host listing their property for seven days a month on average they would earn ?5,600 per year ? the equivalent of around a 15 per cent pay rise for the average full-time employee.

Airbnb claims to have experienced an 86 per cent growth in the number UK properties listed over the last year, and the floating house will surely inflate that further.

The residence was created by production firm Star Events over the past four months, and the eight metre tall, 70 ton home will float along landmarks including Tower Bridge, the Houses of Parliament and the London Eye.

Community events and overnight stays will take place over the week, while one winner and three guests will be welcomed to stay the night on 22 May.

With the Airbnb mantra still at the forefront of the scheme, a member of the community will host the guests, who will have access to spa treatments from on-demand beauty app Priv, while Robert Ortiz, head chef from Peruvian, Michelin-starred restaurant Lima, will make sure they don’t go hungry.

James McClure, UK country manager, said: “The Floating House is the ultimate celebration of home sharing and an unforgettable travel experience to bring to the UK. London is already Airbnb?s third largest city globally and one of the world?s top tourist destinations. With these new, clear rules on home sharing we expect more and more Londoners to open their homes to visitors from across the globe.?

Fancy spending the night on the floating house? You’ll need to enter on the Airbnb website by midnight on 20 May.

It’s not the first time the company has introduced a strange marketing campaign, having previously?launched an overnight stay at book store Waterstones, following a Texan tourist finding himself locked in when the shop closed.