One Dyne Suh had almost arrived at her Airbnb lodging when host Tami Barker cancelled the booking. There had been no water leak or termite infestation, nor an explosion of dust settling on a partially collapsed wall. It was, in fact, Suh’s ethnicity that prevented her from staying there.

Through text message, Suh found out she was “the last person on Earth” allowed to step through Barker’s door. And when the possibility of a complaint to Airbnb came to the fore, Barker stated: “It’s why we have Trump. I will not allow this country to be told what to do by foreigners.”

Conventional wisdom dictates that Airbnb acknowledge the wrong-doings of its brand ambassador and take action. More importantly is that the platform strive for real change to prevent it from happening again.

It’s this combination that ensures Airbnb receives high praise despite having its fair share of issues. Last November saw it block a lawsuit claiming systemic discrimination by hosts due to the platform’s design scheme. But the following month it passed a non-discrimination policy and agreed for California regulators to fine hosts on racial matters.

These changes are what allowed the platform to dish out justice for Suh and “enlighten” Barker in the first place.

Barker received a $5,000 fine courtesy of the California department of fair employment and housing, was banned from Airbnb, got enrolled on an Asian American studies course and had to participate in a community education panel.

Talking to Real Business, Toby Marks, associate strategist for Siegel+Gale, explained two-fold the importance of tackling issues such as the one exemplified by this case – we all know how well a mere comment from Costa on staff refusal to serve someone helping a homeless man was received.

For starters, “consumer trust in institutions, authorities and the media is nose-diving. It’s because 88 per cent of consumers believe companies have the power to influence some form of social change and should be addressing issues presently facing us – it doesn’t have to be on a grand scale.

“Even then, brands need to stake a position on matters close to the heart. It also needs to be authentic. After all, actions speak louder than words.”

Another reason for championing social change, be it through campaigns or administrating policies for staff, is to tell a compelling story. The world of advertising is changing, Marks explained. Bombarding consumers with pick-me proclamations has tired.

“Dawning is an era where brands observe new approaches to making headlines. Because brand engagement has to feel as little like marketing as possible. We’ve hit the age of storytelling, and to craft a truly compelling tale, there is often need to tackle social issues. In 2016, Starbucks launched a series of short stories, films, and podcasts labeled Upstanders – ordinary people doing extraordinary things to create positive change in their communities.

“Aimed at inspiring compassion in the face of national discord, the campaign helps to confront issues, create content and market the brand in a way that echoes the attitude of news organisations. This shift into creating content close to corporate values helps show authenticity and resonates with consumers without the need to push advertising down their throats.”

It’s no wonder then that more bosses are awakening to a similar realisation that solving problems connected to their business don’t have to be philanthropically driven.

“Think about how Kenco helped young Hondurans get away from gang life and into the world of coffee,” Marks explained. “The company mentored them in English and around best practices of agriculture, plantation management, and taught them how to yield the best possible crops.

“Such efforts prevented a destabilisation of crop sources, directly helped grow a brighter future for the local Hondourans and resulted in a narrative that achieved an 8.4 per cent increase in sales. Backed by genuine effort, the public will inevitably see authenticity through action and go on to advocate said brand over underperforming competitors.”

Taking action, seeking change and a heavy dose of authenticity seem to be must-haves when it comes to retaining customer loyalty. More consumers expect it and not enough companies wield it. You need to be prepared to instantly hop into the fray and then plan to prevent similar future instances, all while channeling your core beliefs. It’s here perhaps where Airbnb’s response falls flat.

“While it has taken clear steps to review the fight against discrimination, I am cynical of the behaviour change achieved through a community commitment declaration,” Marks opined. “True change comes from beyond the declaration. As a brand built on ‘belonging anywhere’ Airbnb needs to celebrate communities and champion bold ways to build closer connections.”

There are several more ways Airbnb can prevent similar issues from happening again. Marks explained: “Community engagement is a fine art, but due to the Airbnb platform operating successfully through its ability to facilitate personal financial gain, what incentives could create closer connections?

“Firstly, access. Provide your community with access to tools capable of helping them become better than the average BnB host. This could be digitally through online courses, unconscious bias training, or offline through open table discussions where hosts come together hosted by Airbnb community managers to discuss approaches, advice or simply vent noteworthy experiences.

“Secondly, recognition. Be it a badge displayed on their profile, or pre-release access to copies of the AirbnbMag, finding ways to recognise commitment will help turn community members into active ambassadors of the brand.”

Essentially, if you plan to tackle social issues, then it stands to reason brand ambassadors be told what it is you’re trying to achieve. But we’re human, we make mistakes, misunderstand situations and are wired to make biased decisions. Learn from the problem at hand, prioritise how to tackle it in the future – in a way that takes your audience into account – and never leave the issue brewing. 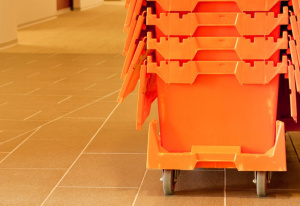 Moving offices for the sixth time in 13 years 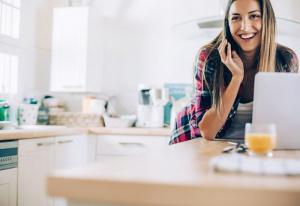