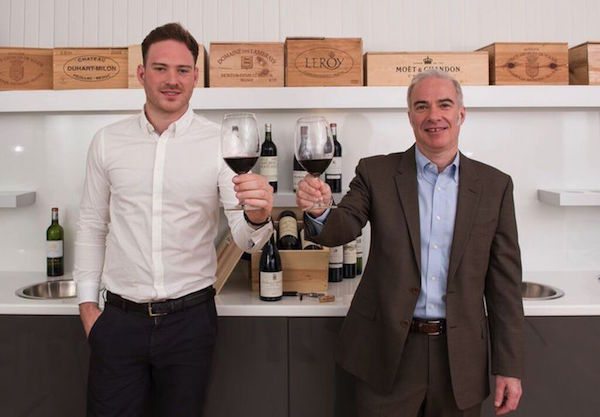 Share via
In fact, Cult Wines has released figures to say that it expects sales of 47 per cent this year, which is a 47 per cent increase on 2015/2016. But how does a fine wine business operate? Working with 2,000 clients across private and trade portfolios, Cult Wines delivers to connoisseurs that want to drink products, investors that want to make returns and companies such as Jaeger lecoultre and Barclays that need to be catered for. In terms of that latter corporate offering, these events generally have high net worth individuals present, which are effectively prospective customers, thus providing a dual opportunity for Cult Wines ? ideal for those with a Business Class appetite. Gearing?s model has evolved significantly since his pitch to Sugar on The Apprentice ? a process that?sounds an awful lot like Big Brother behind-the-scenes ? at which time the company was already up and running. Sugar ultimately chose recruiter?2012 apprentice winner Ricky Martin as his business partner that year, describing Gearing?s venture as a ?risky opportunity?. On whether he would have done anything differently to win, the answer was no ? he knew he was onto something despite what could have been a setback. ?I was praised for business plan, one interviewer on The Apprentice said it was the best he?s ever read. Everyone said it was a great plan ? the reason I didn?t win is it was assessed as a risky opportunity,? Gearing recalled. ?It was great for promotion and awareness, so to change that would have gone against my vision.? On the theme of risk itself, Cult Wines takes careful measures across client portfolios to make sure they?re not ?overexposed?. ?God, forbid we went out of business, all clients have investments in personal accounts ? we structure so clients are completely protected. They own those wines and assets,? he explained. ?Looking at luxury assets, they are inherently low risk because they?re tangible, compared to stocks and shares, which can become worthless.? Today, Cult Wines boasts 2,000 clients and covers both private and trade portfolios across 66 countries. Just some of these include Abu Dhabi, Antigua, Botswana, Brazil, Denmark, Dubai, Holland, India, Sri Lanka, Tunisia and Zambia. [rb_inline_related] That presence has allowed Cult Wines to secure the Queen?s Award for Enterprise for?International Trade. Asia is an area of high demand for Cult Wines, which is capitalising on interest from China and other neighbouring countries. ?In 2008, the Hong Kong government took import duty from 100 per cent to zero,? said Gearing. ?That was important for fine wine ? with mitigating economic factors, many people are looking at it as an investment asset, weakening of sterling against US dollar, and areas like Singapore linked to the dollar makes for strengthening against GDP. ?Asia already has established wine buyers. Hong Kong is a very mature market and competitive, but when it comes to investment in wine, that?s quite a new concept. ?It?s amazing how many people aren?t aware of wine for investment and we felt a real USP there. Nobody really offering that service, so we?re offering what we do to a new audience.? He again spoke of the benefits of moving wealth into tangible assets, which helps to diversify the portfolio of investors. He added there are social benefits too: ?If you buy wine and drink wine, that shows you have an interest in culture.? The cheapest an investor could look to spend with Cult Wines would be around the ?500 mark to make returns, but it?s recommended that ?25,000 could produce returns of ten to 15 per cent over five years. That said, some clients have started off with spends of ?5,000 and ?10,000. From three members of staff in the beginning, Cult Wines now has 25 people in the UK and four in Hong Kong. ?We?re on a path now to expand globally and generate fantastic growth expanding into Asia. Looking at other areas, the US has always been an enigma,? said Gearing. ?For website traffic, outside of the UK, the US is always highest source for interest and enquiries, but it?s difficult to convert. There is huge potential though as nobody else in US is offering a similar service and there?s lots of market opportunity and knowledge. It?s something that will take a careful planning strategy.”