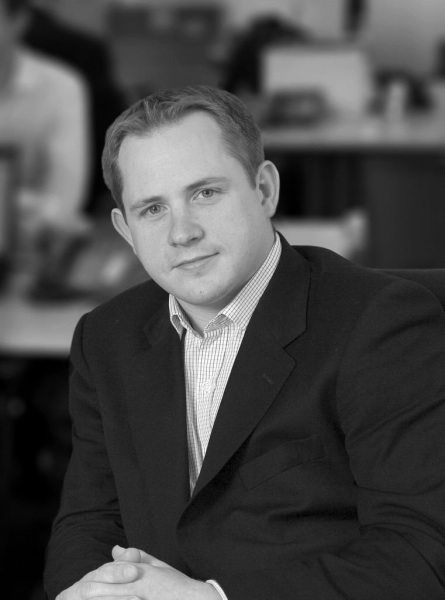 Share via
Alastair Lukies is not what you?d expect from someone branded the ?darling of the City?, a ?technology pioneer? running ?the UK?s hottest tech stock?. He?s a former rugby hooker, son of a farmer, with four GCSEs. He looks 18 ? and has a boyish grin to match. You?d picture him in a pub over a boardroom. When he first started pitching his idea for Monitise to investors and partners, he was belly-laughed out of meetings. And yet Lukies, our Entrepreneur of the Year 2011, has performed the seemingly impossible task of getting the major banks and mobile operators to work together, as part of his mission to turn mobile phones into electronic wallets. Today, AIM-listed Monitise has a market cap of ?250m, with shares up 67 per cent in the past year, compared to a general ten per cent fall in the FTSE 100. Sushovan Hussain (president of Autonomy), Elizabeth Buse (head of Visa?s international operations), John Brougham (former CFO of BT Global Services) and Brian McBride (ex-MD of Amazon.com) all sit on its board. How on earth has Lukies ? a self-proclaimed ?Fred in a shed? ? done it? Born into a wealthy farming family in Hertfordshire, Lukies had a privileged upbringing. If he asked his father for ?10, he?d be handed ?100. He was a public school ?rugger bugger?, who turned out for Saracens and London Irish (he still counts Austin Healey, former rugby international, as one of his best friends). But a multiple leg fracture ended his rugby career in 1995. That same year, his father lost his fortune in the Lloyd?s of London crash and his parents? marriage came to an end. It was the real-world equivalent of a spear tackle. But Lukies picked himself up off the ground. He (and his brother) resolved to buy the family farm back from creditors, and buckled down to business. He worked for sports hospitality company ICM and then joined startup Epolitix, a news portal covering Westminster politics.?It was through Epolitix that Lukies met Steve Atkinson, chief architect of Vodafone. It was 2002, and Atkinson was lobbying over 3G licence laws: ?Steve was a visionary,? says 38-year-old Lukies. ?He could see the emerging market of the mobile being used for much more than voice and text.? Atkinson and Lukies ? the techie and the cheeky chappy ? set out to build a system that would allow mobile users to manage their money across any handset, mobile operator, bank or card issuer, even if they didn?t have a bank account. The company was incubated by the IT giant Morse, which gave it a track record, a plc balance sheet, and the clout to start negotiations with the mobile operators and the banks. But there were still big hurdles. ?Everyone said: ?You?ll never get banks and mobile operators to co-operate?,? recalls Lukies. ?People were wary of us. We had to convince them that we weren?t out to steal anyone?s lunch. This is about evolving an industry, not disrupting it.? The big breakthrough moment came in 2004, when Lukies persuaded LINK to do a joint venture. ?Essentially, we took an existing infrastructure ? the ATM network ? and mobilised it. We?d get revenue from the bank when a customer used the service and commission from the mobile network when someone topped up a phone.? The technology, importantly, was simple (Lukies roadtests everything on his mum): the ?Monilink? system uses encryption and a numeric PIN, just like an ATM. But it took another three years to get the first bank live on the system. ?I was obsessive,? says Lukies. ?To sign up one particular bank, it took 379 meetings over four years. I spent 79 nights in a dingy, damp hotel near where the bank was based ? we couldn?t afford a plush hotel.? But he got the deal. And today, clients include HSBC, First Direct, Alliance & Leicester, RBS, NatWest and Lloyds Banking Group. Continue reading this article on page two