There’s a distinct move towards emerging markets. In March, for example, Monitise launched a pilot scheme in Nigeria. Within four months, more than 6,000 people had signed up, highlighting the appetite for mobile payments there, particularly among the unbanked population and in rural areas where the physical banking infrastructure is undeveloped. (Of the 90 million adults in Nigeria, only about 20 million have access to financial services – but there are more than 100 million mobile phone subscribers.) Lukies accompanied Prime Minister David Cameron on a trade mission to the West African country in July and won a licence from Nigeria’s central bank one month later.“

Monitise is a great example of a British company that is innovating on a global basis,” comments Andrew Haigh, managing partner of the entrepreneur group at Coutts and a judge at this year’s Growing Business Awards.

While its international presence makes it an intimidating competitor for potential rivals, what’s to stop someone swooping in? “This has been the year of the awakening giants,” admits Lukies. “The IBMs, the HPs, the Accentures – they’re all talking about mobile money. Their sales guys are turning up at the banks trying to clinch deals. But this isn’t a space you can just play in; you’ve either got to do it properly or not at all. We’ve spent the past decade connecting our infrastructure into all the banks. Any competitor has to be prepared to do that, too. And even when you get a ‘yes’ from the CEO of a bank, the sales cycle takes two years – at least.”

Meanwhile, Monitise is moving into the retail space. It has just launched Mobile Money Network, a joint venture with Charles Dunstone, chaired by former Marks & Spencer boss Sir Stuart Rose. Its app, called Simply Tap, allows registered customers to buy from any participating retailers (currently Carphone Warehouse, chocolatier Thorntons and Liam Gallagher’s Pretty Green fashion label) by entering a product code into their phones. It’s a “technology for the future”, says Sir Stuart. “I could name at least three retailers that are in trouble because they haven’t changed – they think people are always going to get up and schlep to a shop.”

Lukies admits that his diary is “carnage”. He gets up at 5.30am every morning to check his emails, and he’s spent less than 100 days in the UK this year. But he has a good people around him. Of the 410 employees, Lukies has a leadership team of 25 people, three of whom report directly to him. “I used to keep a lot of stuff very close to my chest,” he says. “But as we grew – we’re now live on four continents – that had to change. If you don’t trust people, you’re setting yourself up for failure.”

He continues: “I’d never ask people to do stuff that I wouldn’t do myself. We’re a team and we all play our part – the big fat prop is just as important as Jonny Wilkinson who gets to kick all the goals.” There’s our rugby lad.

There is much speculation about a takeover. There are also rumours about acquisitions. “We’re constantly looking for ways to grow inorganically,” says Lukies diplomatically (but with a mischievous twinkle in his eye).

Monitise is set to double its revenue for the next few years: £28m in 2012; £50m in 2013; and £100m the year after. Apply the same multiples to its share price today, and what have you got? A firm in a league of its own: handing off the opposition; blindsiding the nay-sayers. Britain’s next billion-pound company? 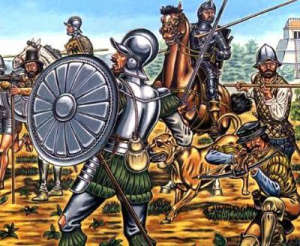 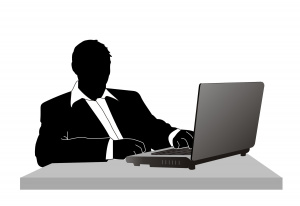