Alex Tew is at it again. The young founder of The Million Dollar Homepage, Alex Tew, has just launched One Million People.

Alex Tew’s One Million People aims to sell one million spaces to one million people, allowing you to upload your photo and have it appear in a coffee-table book. The cost for inclusion is relatively low – $3 per person – which will ensure that it gets traction fast.

“The One Million People book will paint a picture of today’s digital generation,” Alex Tew tells Real Business. “I want to create something quite stunning, a physical coffee-table sized book that captures the faces of a generation.”

Alex Tew came up with the idea while speaking to his brother last June.

“It was in the run-up to the fifth anniversary of The Million Dollar Homepage, and I asked myself what defines the web today. The answer is people – the web is now social. Why not create a real-life Facebook?”

That’s exactly what Alex Tew is now doing. To buy a space in the book, you must log-in to Facebook, through which you can then upload your picture. Once you’ve bought your own space, you can buy extra spaces to offer to your friends, too – also at $3 a head.

“It’s interesting that it wouldn’t work without Facebook. Your Facebook account represents the closest thing to your identity online, so it gives us the confidence that each space will be occupied by a real person,” he adds.

As soon as One Million People has sold one million places, Alex Tew plans on publishing the book in a coffee-table format.

But how sure is Alex Tew that he will succeed in selling all one million spaces? Very.

“I think it’s going to fly,” he tell us. “Everyone I’ve spoken to thinks it’s a great idea, and it has the possibility of going viral. That’s how The Million Dollar Homepage worked – through blogs, the media and word of mouth. I’m very confident that we’ll get there. Once it catches fire, it’ll spread pretty quickly.”

We’re also certain that it will work (Disclosure: Hell, I’ve already bought my own space plus a handful of spaces for my friends!). 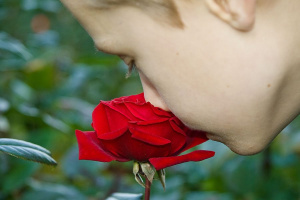 What are the top ten unemployable traits?

Beware violent crime in the workplace