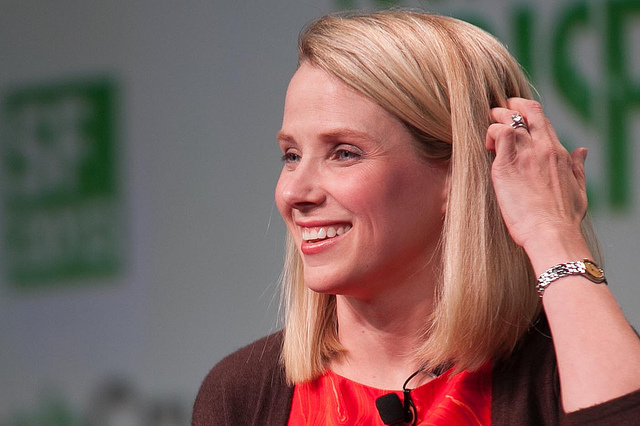 According to various Yahoo shareholders, if the company hadn’t announced the spin-off it would have been a fiasco and Yahoo CEO Marissa Mayer probably would have been fired.

Since Alibaba?s IPO in September 2014, activist investor Starboard Value started pressuring Mayer to sell Yahoo?s remaining stake in Alibaba. And ahead of their fourth earning?s report, Mayer announced just that. Read more about Alibaba: After making their intent known, Yahoo shares jumped by more than seven per cent in after-hours trading. It was previously thought that Mayer would use the money to fund another acquisition, such as Tumbler, that has yet to have an affect on the company’s financials. But the stock of newly formed SpinCo will be distributed to shareholders instead. ?I am proud and happy to announce a plan for a tax-free spin-off of our Alibaba holdings,”?said?Mayer.?”Throughout my tenure with the company, we have worked tirelessly on a tax-efficient alternative that would maximise the value of our Alibaba investment for our shareholders. A tax-free spin off accomplishes this and delivers value directly and?exclusively?to our shareholders. “Through share repurchases to date, we have returned approximately $9.7bn of proceeds from Alibaba. Post-spin, using the closing price for Alibaba as of?26 January, we will have returned nearly $50bn of value to our shareholders. This level of capital return is historic, especially for a company of our size.” But now she’ll really be put to the test by proving she can act fast enough to fix the company’s core business. For possibly the first time in Mayer?s reign, the company will be judged on its own merits. And the world will be keeping keen eyes on Mayer to see whether she can deliver the turnover she was initially hired to execute. This is something Mayer is all too aware of, having even admitted that she has yet to identify a ?breakthrough product?, but that it took even Steve Jobs five years into his second tenure to come up with the iPod. CNBC’s John Jannarone explains that ?it’s now much easier to notice what’s going on in the core business. After subtracting the roughly $40 per share in value that the Alibaba stake is currently worth, there’s about $11 per share remaining in the stock. The company also has about $6 per share in net cash and the Yahoo Japan stake is worth $7 per share. This suggests the market continues to put a negative valuation on core Yahoo. ?What can be done to improve valuation on the core business? The main issue is that the company continues to incur higher costs while advertising revenues stagnate. The trouble is that the company still struggles to generate enough revenue for the ads it sells. In the fourth quarter, the price per display as from Yahoo properties fell 20 per cent.? She?s already started drawing our attention to her MaVeNS plan, which stands for mobile, video, native, and social. Mayer believes that growth in these areas will offset any declines from display advertising. ?After giving investors the gift of Alibaba just as they wanted it, the pressure on Yahoo is likely to ease up considerably,? said Jannarone. ?But with core business now in focus, Mayer will face a new test altogether.? By Shan? Schutte Image source