Having acquired Trainline in 2006 for £160m, private equity firm Exponent will be achieving a partial exit through the public market deal. The initial public offering (IPO) would be amongst the first significant flotations of the year, alongside other expected moves involving companies such as tool hire company HSS and Auto Trader.

The Trainline business is divided into four segments: Trainline Consumer, Trainline B2B, TOC Solutions and International. Its recent surge in growth has been achieved through its suite of mobile apps, which have now been downloaded 7.4m times since launch.

Trainline has claimed that customers using its booking platforms save an average of 43 per cent over booking on the day.

Commenting on the IPO, Trainline CEO Clare Gilmartin commented: “Trainline is the clear leader in the online rail ticket market in the United Kingdom and we believe that we are therefore well positioned to capitalise on mobile and e-ticketing, which are changing the way consumers plan and purchase travel.

“I believe we have a great customer proposition as well as a proven track record of strong growth and profitability in our consumer and B2B businesses, and improving cash conversion, which gives us confidence that we can deliver value of shareholders just as we have delivered for our customers.”

In 2002, Virgin Rail took the decision to de-merge the Trainline business from Virgin Rail so that it could compete for other TOC Solutions contracts.

Trainline expects that the IPO will provide a “more efficient capital structure”, give access to capital markets and support future growth, raise brand awareness and serve as a retention tool for “key management and employees”. Through raising £75m through the IPO, Tranline is expected to secure a valuation of approximately £500m.

Based on figures from Euromonitor, the Trainline.com website ranked fifth in terms of gross transaction value, behind Amazon.co.ul, Tesco, ebay.co.uk and Sainsbury’s. Total transactoins for the branded businesses grew from 1.4m in 2004 to 14m in 2014.

Also partially exiting alongside Exponent will be HarbourVest Partners and Northwestern Mutual Life Assurance Company. Exponent attempted to offload Trainline in 2012 to fellow private equity bidders, but found that its valuation of the business was above what others were willing to pay.

Douglas McCallum, chairman of Trainline, added: “With a strong basis for further growth, I am confident that Trainline, as a public company, will be able to capitalise on its achievements to date and continue to grow its business in the  United Kingdom and Europe.” 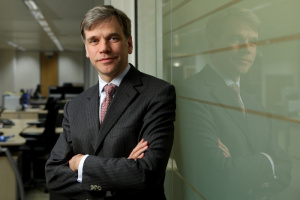