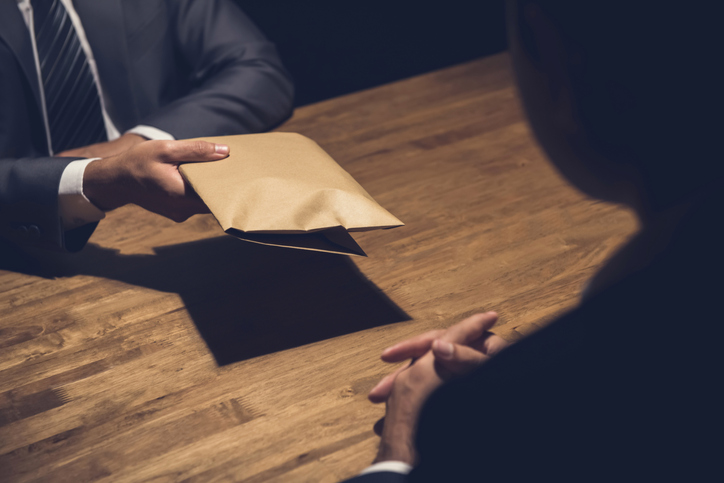 Share via
The conviction of Alstom?s former global sales director Nicholas Reynolds for conspiracy to corrupt means three of the company?s senior figures and the company itself have now been successfully prosecuted over a Lithuanian bribery scandal. The conspiracy to bribe officials in a Lithuanian power station and senior Lithuanian politicians in order to win two contracts worth ?240 million, involved the falsification of records and the paying of more than ?5 million.

In sentencing one of the defendants, the judge referred to bribery as a cancer on the commercial world.

It is a cancer that has cost Alstom millions: a ?6.3 million fine, compensation to the Lithuanian government of ?10.9 milllion and prosecution costs of ?700,000. And that is before anyone puts a figure on what the investigation ? which began in 2009 ? has cost the company in terms of lost man-hours, damage to its reputation and possible harm to its position in the markets in which it operates. The sheer length of the investigation and the scale of it ? it involved the Serious Fraud Office (SFO) seeking information in more than 30 countries ? tells us two things. The first is that the view that some in business may still hold ? that bribery is an essential part of business, a way of greasing the wheels ? is certainly a belief that is out of step with modern-day thinking.

This has led to an increasingly aggressive approach being taken by the authorities that tackle bribery.

The second point is that once the authorities become aware, or have a strong suspicion of bribery, they are loath to let it drop. Alstom was a company where, as SFO director Lisa Osofsky noted, there was a culture of corruption. The Lithuanian bribery was not the only incident of the company acting corruptly. But no company can afford to promote such a culture or turn a blind eye to it. They have to be doing everything to eliminate the potential for it developing. This case is a high-profile example of what can happen when a company fails to take the necessary steps to prevent bribery. There can be no excuse, in this day and age, for a company not introducing the necessary bribery prevention measures into its working practices. Such measures have to be regarded as the norm rather than the exception.

Companies that say they do not need them because they face no risk of being involved in the giving or receiving of bribes are kidding nobody but themselves.

Those that say they lack the expertise to devise such measures are again fooling no one ? the legal expertise is out there to ensure every company has such measures in place. It is clear that Alstom and some of the senior figures within it have felt the full force of the law. For whatever reason the company has not been able to negotiate a settlement with the SFO and has found itself at the mercy of the courts; having been involved in systematic bribery that saw those involved going to great lengths to disguise the corruption. If Alstom had spent just a fraction of that time and effort preventing rather than enabling bribery, it would be in a far healthier position and none of its executives would now be in prison.