It will have come as a huge shock to many that the 15th largest bank in the USA isn’t actually a bank as we’ve long known them. Rather, the aptly named LendingClub is a crowdfunding platform and the first IPO of it’s kind.

Its shares rose 56 per cent on first day trading. Alarm bells would be ringing in boardrooms right now if they hadn’t already been pretty deafening for quite some time.

This is a turning point however – a very big milestone at which it’s not longer possible to dismiss alternative finance any more than it is the alternative comedy that has now become the mainstream.

This is not because we are all still somewhere between fed up and incandescent with the banks, the bankers and their one-way bonuses. The red mist has only served to hide the fact that crowdfunding platforms have explosive growth already for one very good reason – each serves customers better, faster, more efficiently and for less money. In the

Darwinian race for survival they are simply fitter because the market is:

Meanwhile the “legacy” banks are mostly in a shambolic state and don’t know how to deal with it – and I’m not talking about their balance sheets. I’m referring to the ancient technology vital to the running of their business.

It came as a shock last year when one of the UK’s biggest player’s core banking system went down unexpectedly, shutting customers off from their own money. Some for a week or more. For those of us who were involved in creating some of those early banking systems, and who’ve followed the story since, this came as a shock but no real surprise. It had become an inevitability.

These banks are all more or less dependent on what are euphemistically termed “legacy”(aka all but obsolete) systems. Like a broom that has had several new heads and numerous new handles all the parts may have been changed – but a Dyson they are not.

The problem is often likened to that of replacing the engines of a jumbo jet full of passengers, while in-flight, without them noticing. It creates a huge amount of cost, and even more inertia. Each have adapted, implementing online banking on top of the existing system – but in many ways this creates yet more strains. Business models and expectations, embedded in those core-systems, were also created and honed in a pre-internet, pre-social media world.

If only they could start with a blank-sheet of paper – or rather from the the internet up. That’s exactly what the likes of Lending Club, Zopa and Funding Circle have been able to do – so they have “millennial systems” born into a network-enabled age undreamed of in the time of their grandparents – and the systems their grandparents generation created for the legacy banks.

This rips out huge layers of cost in technology and people and makes them more flexible, connected, adaptable and efficient. There’s an old programmer’s joke that reflected the envy those who maintained such system felt for those who were creating the new connected world of networked PCs. “God may well have created the world in just seven days – but he didn’t have a legacy system to worry about.”

If you’re not able to land that jumbo jet to repair to replace it’s ailing systems you are left with one heck of a death defying juggling act, with no end in sight and the odds continuously mounting. And not in your favour – you have to “get lucky” every day.

What about, however, if you were able to build a whole new airliner, faster, safer, more attractive that ran with less maintenance at a fraction of the costs? Perhaps you’d look for ways to come alongside and board those passengers in-flight, before the inevitable happens.

This is, in effect, what is now happening – and Lending Club is just such a modern, 21st century lending platform employing technologies, techniques and new more open business models unthinkable and unthought of when those legacy systems were set in stone.

It’s well know that a certain Fred Goodwin had something of a penchant for corporate jets. As the boards and executive of the legacy banks start to eye these sleek new internet-age beasts and wonder where these platforms might take them you can be sure that there’ll be a perceptible glimmer in some of those eyes too. Not unlike George Osborne back in August (“We stand at the dawn of a new era…”) it’s starting to dawn on them that they’re beholding the future.

Barry James is founder of The Crowdfunding Centre. 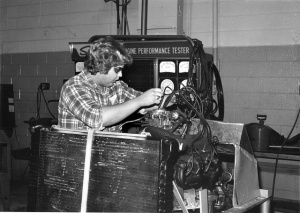 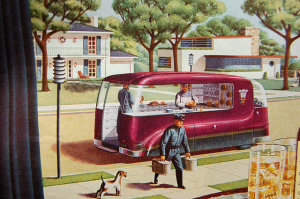