One thing that helps to make me less grumpy is to witness the growing debate on how best to persuade others to take a financial interest in your business. There have been lots of ideas and developments this year, so let’s sort the wheat from the chaff.

Politicians continue to demand our high street banks lend more to SMEs. Apart from feeding a few column inches for lazy journalists, that’s is a waste of everyone’s time. Back in the days when they had lots of money to lend, bankers were much more attuned to fuelling property development in London, than casting companies in the Midlands or high-techs in Cambridge. Even if they had funds now – which they don’t – it will take a generation to change their systems and psyche. Forget it.

What about crowdfunding? I really like this one but as Barry James has pointed out elsewhere, to limit this to FSA approved/defined “sophisticated investors” is stifling. We are never going to get the FSA to drop its ingrained hatred of SME investing, but I would suggest the government could at least muzzle them by legislating that any UK or EU citizen is free to invest up to £1,000 in a company. But if you want to do more than that, you’ll have to go the sophisticated investor certification route. This is easy to administer, keeps the FSA away from meddling in small sums of money, and should really open up this funding route to our small companies.

Vince Cable’s Business Bank. At the moment, this is just planned to be an agglomeration of government schemes under one roof, but it could be so much more. NESTA suggest that the government’s upcoming circa £4bn windfall from selling 4G mobile licences should be used to create a bank dedicated to fund high-techs. I think it would make more sense, politically, to use it to fund the Business Bank, because then we could recreate the highly successful Industrial and Commercial Finance Corporation (ICFC), which was set up in 1945 to provide capital to small and medium-sized companies.

Granted, it will take time to staff a new ICFC with people who know what they are doing, but there are lots of under-used, financially savvy people in their fifties out there, so let’s get them started!

It should of course be noted that the likes of Ed Balls want to use that £4bn to build houses, but is it too much to hope that someone in Westminster might point out to him that he is putting the cart before the horse? First, build businesses and then their employees will have enough income to buy and rent houses.

New banks on the scene, such as Svenska Handelsbanken – a while back I pointed out that this Swedish bank was winning business in the UK by going back to the unfashionable principle of allowing its branch managers to take loan decisions, thus becoming naturally attuned to the needs of SMEs. Clearly, this is a step in the right direction but it will take a long time for businesses up and down the land to hear about Handelsbanken, since they don’t have the power of publicity that always comes with government legislation and initiatives.

Finally, there is my old stamping ground of the traded equity small-cap markets. Admittedly, this area has had most things going against it in recent years, as most institutional investors have deserted it for the pleasures of investing in the one way ticket bond markets, thanks to the BoE and the Fed using QE to rig prices in their favour.

As if that wasn’t bad enough,  you get influential journalists like John Gapper at the Financial Tines repeating the old canard from a jealous US regulator, produced post the financial crash, that our small-cap AIM market is a non-credible “casino”. This is arrant nonsense and anyone who retails it should be ashamed of themselves.

Nevertheless, it is true that AIM is suffering from a lack of attention. Of course this could be transformed and hence SME funding prospects with it, if trading market quoted smallcaps was made CGT free. But then the Treasury would have to climb the seeming mental mountain of understanding that more successful quoted small caps produces more taxable employees and a massive win-win for everyone. What a nice Christmas present that would be! 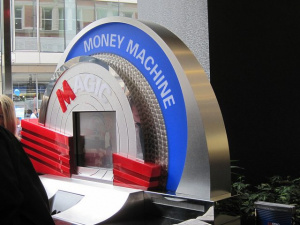 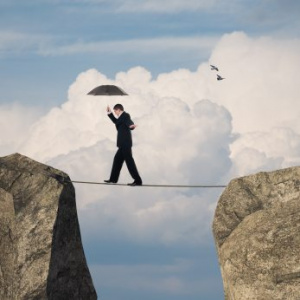