Founded in 2016, Cheeky Panda manufacturers 100% sustainable bamboo tissue and toilet paper, with its other USP being that no fertilizers are used during production, unlike most other popular supermarket brands.

The business has seen impressive growth in its short lifespan. What started with a £10,000 seed investment from friends and family two years ago has become one of the UK’s fastest-growing startups, boasting a £1m annualised turnover and an impressive roster of retail partners. Cheeky Panda has already struck deals to supply high street supermarkets Ocado and Wholefoods, for instance.

In addition, celebrity endorsements from the likes of Joanna Lumley and Judy Dench, as well as more than ten industry award wins since its foundation, have all contributed to a sense of over-achievement at the young company.

But, as Forbes told Real Business, Cheeky Panda’s early success has not been the result of good luck, but of meticulous planning. “When we started, we thought out a plan for the first two and a half years, and we’ve executed it almost to the letter,” explained the entrepreneur.

“There’ve been many achievements, but things have been well-planned, and we’ve worked extremely hard to get to where we are.”

Forbes and his partner Julie are the co-founders of the business, and although they both wanted to launch a sustainable startup, it was Julie who had the bright idea for bamboo toilet paper.

Being a Chinese national, Julie used to travel regularly to China to visit her family. Julie had long been familiar with the use of bamboo as an environmentally-friendly product in manufacturing, and on one visit, she and Chris took time out to visit a bamboo plant.

“I thought the idea was great, but my concern about the business from day one was whether we could scale up,” said Forbes. “Does it scale and is the business ethical at its backend? Those were the two major questions for me, and that’s why it was important to visit the source in China.”

Cheeky Panda’s relationship with Amazon has been integral to the brand’s early success. The business began selling products via the online marketplace soon after it launched, and very quickly it became an important revenue stream for the brand.

With £10,000 in orders backed up before its first shipment had even arrived in the UK, once Cheeky Panda started selling on Amazon the business began receiving at least £5,000 worth of orders per month. Today, Amazon orders can count for up to half of the company’s total revenue on a month-by-month basis, according to Forbes.

He added: “Amazon is currently our biggest source of revenue by far. People often see the product for the first time in a supermarket but want to check what the reviews are like before buying. Next thing they do is find Cheeky Panda on Amazon and buy the product there.”

Having a popular product soon got Cheeky Panda listed on Amazon Prime – the marketplace’s paid subscription service. Another successful stint on this channel led to the product being launched on Amazon Pantry and, eventually Amazon’s Choice, the platform’s in-built recommendation system for highly-rated, well priced items.

“Between 5 and 10% of our revenue goes to marketing on Amazon, and we promote the brand under each category separately,” explained Forbes.

“We find it easier to spend on a per channel basis because the proportion of orders we get from each one changes. Now, we’re spending somewhere between £3,000 and £4,000 per month overall on Amazon marketing.”

Amazon will no doubt continue to play an important role for the business going forward. As it grows, Cheeky Panda will inevitably square up against more mainstream brands with established household names, at which point its strong profile on Amazon could make all the difference.

Forbes added: “We are frequently more highly rated by users than supermarket brands and that makes us confident we can go head-to-head with the likes of Andrex.

“In terms of selling online, we’ve found retail channels to be much more lucrative than B2B channels, so my advice would be to focus on a few strategically chosen retail channels then invest in your branding.

“Try to differentiate between what your brand does and what others do, then broadcast that message. As a new business, you can’t just copy another brand and expect to do well. We saw a growing trend towards sustainability so looked to apply it to this sector as a way to disrupt it.”

Get your tickets to Amazon Academy Newcastle here.

Addressing the rising trend of presenteeism 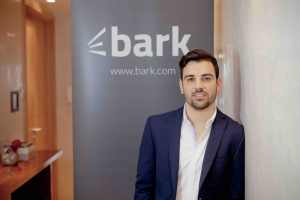