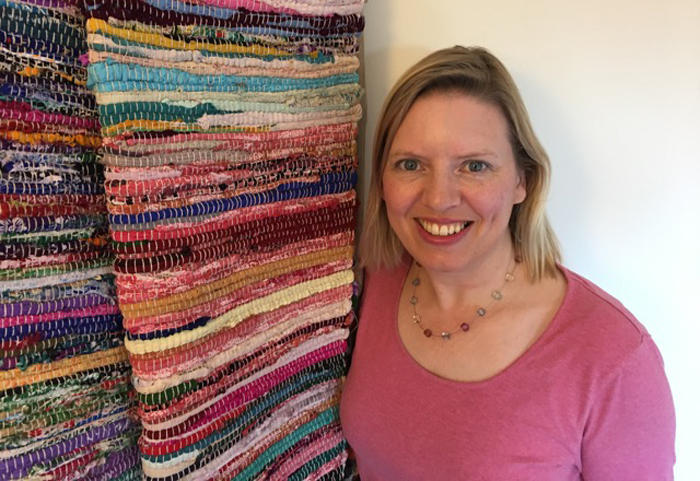 Share via
Setting up a business that deals with large amounts of stock can be a challenge if you don?t have access to a warehouse. Soft furnishings store Second Nature turned to Fulfilment by Amazon (FBA) to find a solution. The Amazon Academy programme returned last week, this time in Glasgow, to showcase Amazon?s tools and services designed to enable SMEs to succeed in the digital economy and export to a global export market. At the event, a panel of entrepreneurs discussed how Amazon has helped them take their ideas to the next level. One of these businesses was Second Nature, an ethical furniture brand. We caught up with Karen Riddick, founder of Second Nature, to find out more about how FBA has helped her business take flight. ?Second Nature originally started as an off-shoot to the Bed and Breakfast I had on the Isle of Islay (off the west coast of Scotland). I have always been a big believer in eco-friendly and fair-trade products so, when first setting up the accommodation, I selected most of the furnishings on this basis,? explained Riddick. ?Guests often commented on how nice the rooms were, so I kept a few spare furnishings for sale. I turned up at a few fete stalls and also started selling surplus items on auction websites.? Over time, this retail side of the business grew and began to produce a regular income. Riddick entered into an agreement with a supplier and began to bring in regular stock deliveries for onward retail. ?I like to think that ?sound ethics? is our USP, and that it applies to more than just our products. I take time to choose items which are from ethical sources or which are made from eco-friendly materials,? she said. Second Nature started selling on Amazon in 2012, but it was a lesser part of the business and, back then, it formed only 10% of sales. Riddick continued to add to her range, and when she opted into the Fulfilment by Amazon (FBA) programme ? where Amazon stores, packs and ships products on behalf of smaller businesses like Second Nature – she saw a dramatic increase in sales. Since then, Amazon has accounted for between 50 ? 80% of sales. ?The main reason for using the FBA service was because my dad had recently been diagnosed with rapid onset dementia. Within weeks he went from being an independent man, to someone who needed daily care and supervision. It quickly became a struggle to look after him and continue running my business,? said Riddick. ?The FBA service was something I had been considering but with my dad?s diagnosis, the matter had become urgent.? Riddick knew that if she did not find a way to outsource a lot of her daily activities, then her business might not survive. She started shipping all of her products to Amazon warehouses, leaving them to deal with the storage, picking and packing of the orders. They even handled the customer service side of things, and Riddick was able to give her dad the time he needed over the next two years. ?While my dad and I were enjoying ice cream in his favourite cafe, my Amazon store was taking eight times more orders than it did before I moved onto the FBA programme. Improved profile, access to Prime members and increased visibility to European buyers had an incredibly positive impact!? ?Sadly, my dad recently passed away, but I am so grateful for the precious time I had with him. It was an emotional but unexpectedly fun time for us both and it was such a relief to be with him without feeling constantly stressed.? Riddick is still with the FBA programme, and still enjoys better sales and more free time as a result. In fact, she recently registered as a volunteer at the nursing home where her dad spent his last months. ?Even though my dad is no longer here, it feels great to have time to offer someone else.?