It has only been around since 2014, but Amazon Alexa has taken the complex and intimidating world of artificial intelligence (AI) and put it in the hands of thousands of SME teams around the world.

From the smartphones in our pockets to the digital advertisements we see as every individual goes about their day-to-day life, the way in which we make a purchasing decision changes with each click of a mouse.

In days gone by an attention-grabbing advert in Yellow Pages would have been successful in acquiring customers, but these days sales and marketing teams must get their heads round technology that completely changes the way consumers behave.

One new technology worth taking note of is Amazon Alexa, the US company’s move into the AI market. Billed as a “personal assistant” of sorts, it’s a way of bringing consumers closer to the services Amazon is already offering. With a few short sentences, users can order products and have them delivered the next day – but it is the application programming interface (API) being offered to businesses which is most interesting.

Through a relatively simple build process, companies can construct an Amazon Alexa “Skill” that means existing or future customers can engage with its services through the Echo, Echo Dot or Echo Look – the three Amazon devices which facilitate its AI offering.

For John Shermer, chief technical officer at LightwaveRF, Amazon Alexa, and its application through the company’s Echo devices, was an opportunity too good to pass up.

“We had a history of voice control requests from customers over the years and so were confident that it would be a good investment, and something that our consumers would embrace wholeheartedly,” he explained.

“The integration of the £50 Amazon Dot device meant that anyone, of any age, with no technical ability, could easily control lighting and heating without touching anything. It opened up our products to a wider audience.”

LightwaveRF is a smart home technology business making the most of the growing Internet of Things (IoT) movement. The Amazon Alexa Skill the company built allows customers to control LightwaveRF smart home devices, such as lighting, heating or power.

Amazon has created the technology and then opened up its API so that businesses can create personal Skills. Well-known companies such as Skyscanner, Uber and Sky have created them, providing a way for flights and taxis to be booked via voice commands – as well as people being able to catch up on the latest news headlines without clicking a mouse or tapping a smartphone.

“By making our products even easier to control, their use becomes all the more intuitive. The Alexa integration enhances our smart home offering to make LightwaveRF a seamless part of your home or business,” Sheerer added.

In two months, 5,000 LightwaveRF users added Alexa to its systems. Shermer said many of these were new users, drawn to its products because of the Alexa integration.

“It is an area we are super excited about and investing very heavily in,” said Doug Gurr, UK country manager for Amazon. “We have a vast number of small third party businesses that can create Skills for it – which can get access and use voice in the way that delivers exciting new experiences for customers.”

Amazon’s Kevin Sontgerath, who serves as Alexa business manager, believes the company has created a “self-service” set of tools that anyone from large businesses to a hobbyist, and small business owners in between, can use.

Nigel Shanahan and his customer engagement business Rant & Rave produced an Amazon Alexa Skill off the back of a “Freedom Friday” session – an incentive allowing the company’s team to do some unstructured thinking around business and customer challenges.

“Brands are also looking to be at the fore with this technology and we are starting to see retail and hospitality brands realising the potential,” he said.

“At Rant & Rave we are constantly redefining the way that brands and customers share feedback between each other. Key to this is ensuring customers can provide feedback in real-time. With a number of brands considering the opportunity provided by devices such as Amazon Alexa, we spotted an opportunity for consumers to voice feedback, as they would to a friend or family member.

Historically, Rant & Rave had collated feedback via SMS, voice and email. However, Shanahan is in no doubt that the methods in which consumers give brands feedback will change. Because of this, Rant & Rave is integrating its technology to ensure a brand can collate actionable insight through the channel most appropriate to its consumer.

“Amazon Alexa is in its early days, with many brands yet to consider utilising the device for customer feedback,” he added.

“What we do know is that in order to capture the true emotion of customers, brands need to be engaging with them in those key moments – when they’re pleased, excited, disappointed, angry. It’s all vital feedback that they need, and want, to receive in order to analyse insights and make improvements.”

Industry expert Hugh Fletcher, global head of consultancy and innovation at Salmon, believes the new Amazon Echo Look device, which features a built-in camera, builds on the e-retailer’s shift into the home and will offer customers a “never before seen” retail experience.

“Amazon has combined its AI assistant Alexa with a simple selfie camera and created an entirely personal ‘Style Check’ that can be used to gain a second opinion based on fashion trends,” he commented.

“Simply put, what vendors cannot do is refuse to transform in a world that is being disrupted by technology. Amazon is a leader in the retail sector and understands that you cannot sit still in an industry that is always changing to meet the customers’ demands.” 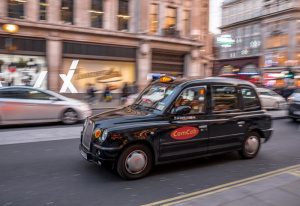