Last night’s Amazon Growing Business Awards brought together entrepreneurs in their hundreds to celebrate the strength, vision and resilience of a select few businesses, but who were they?

They were a shortlist of fast-growing SMEs who had applied to The Amazon Growing Business Awards with the hope to bag the top prize in their particular category.

Subjected to rigorous assessments by a selection of experienced entrepreneurial judges, these finalists attended last night’s lavish event to sip champagne, mingle with their fellow entrepreneurs, and discover if their business had won one of the esteemed seventeen categories.

To add to the sparkle, comedic actress Sally Phillips hosted the evening and brought some crucial celebrity essence to the event.

Held at The Brewery, an iconic eighteenth-century venue in London’s Moorgate, the GBAs couldn’t have picked a better place to hold their events for the third year running.

It’s location, sitting along a cobbled road in the heart of the old City surrounded by glassy skyscrapers, was a perfect metaphor for the British business ecosystem as a whole, where tradition and modernity collide on a daily basis.

– But why is this particular event so important?

The significance of the event

Whilst the Amazon Growing Business Awards is always a night of splendour and inspiration, this year’s event was particularly special, but why? Because the awards marked the event’s twentieth birthday, and what a twenty years it’s been for business life in the UK.

This was backed up by our very own Editorial Director, Praseeda Nair, who took to the stage to pay homage to the landmark occasion.

When the Awards started, it was 1998. Just step back and think about that, and how far we’ve come since, she told the audience.

Who's who in British business revealed: An inside look at UK's longest running business awards programme Read more

This was a time when the internet was just gaining traction and The Labour Party had a brand new golden boy in Tony Blair.

Then, ten years later, we had a devasting global recession that saw many great entrepreneurs and their businesses go to the wall.

But it wasn’t all bad news since then we’ve seen the steady rise of the SME economy that now dominates the UK business landscape. And that’s exactly what the awards celebrated last night.

As we sit in 2018, we have a positive business culture that encourages enterprise, and for people to go it alone if they have a great idea.

This positive culture was evident as we all looked around the room, and at the series of inspirational businesses and their founders who were there, and are achieving impressive growth despite the white noise of Brexit.

As Praseeda said in her address, instead of “bending our knees” to the Brexit threat, the business community, must find strength in their evident abilities, and in each other, to move forward.

By doing so, they can prove that impactful and effective business can beat Brexit any day of the week.

And that’s exactly what the night’s seventeen winners are doing through their businesses, let’s find out more about them…

Diversity and impact won the night

This year’s event also saw a number of different kinds of businesses, and business leaders, walk away with the night’s top awards.

Such a company is Bambino Mio who won the above award by doing their bit to reduce the consumer carbon footprint through their manufacturing of reusable nappies for infants.

Another pleasant sight was the number of female business owners and senior staff who’s companies took home the awards. One company was the winner of Rural Business of the Year, L J Fairburn and Son, who despite what the name suggests, boasts a strong female team.

Co-founded by Stuart and his wife Judy Fairburn, their daughters Caroline Fairburn-Wright and Sarah Hall serve as Business Director and Operations Director respectively, ensuring the company is a family fun and female dominated affair.

On the night, the award was picked up by the couple’s daughter in law and Brand and Sales Director, Sarah-Louise, who spoke about the innovative projects the company would be pursuing now they’ve won the award, such as experimenting with the shell colour of their iconic eggs. On accepting the award, Sarah-Louise said:

“Being rurally-based is not only crucial to our business, but part of our family heritage, and with the development of technology we are now connected to businesses and customers all over the country.”

The Entrepreneur Of The Year Award is the night’s most prestigious accolade. This is where the judges select a business leader who not only runs a successful company, but has the inspiration and vision to produce an innovative product or service that truly makes a difference.

This year’s winner fits that model and even exceeds it. Dr Graeme Malcolm is an entrepreneurial triple threat. Having developed an interest in laser technology at Strathclyde University, he started his first optical systems company in 1992.

He is a rare sort of entrepreneur who combines science, academia, and technological innovation to run a thriving business that’s fixing problems.

Malcolm co-founded M Squared in 2003. It’s a company that is now a leading developer of photonics and quantum technology.

Through first-rate academic expertise and a thirst for technological innovation, Malcolm and his team hope to upscale the world of navigation, including when we are lost, and armed with nothing but a phone. M Squared want to make this kind of navigation possible without the use of a satellite.

He also wants to stimulate societal impact with his laser technology, including using it to detect harmful chemical threats and for diagnosing conditions from cancer to liver and kidney failure.

On accepting the main award of the night, Malcolm said, “It’s such an honour to be named Entrepreneur of the Year at the Amazon Growing Business Awards. After being named Innovator of the Year in 2016, M Squared has gone from strength to strength, building on our success and working on even more ambitious projects.”

“To be personally recognised by leaders like Amazon, the CBI and Real Business is a wonderful feeling.”

“I’m flattered that they wanted to award me with this accolade, especially when the competition this year was so tough. I would highly recommend that any ambitious companies get involved in next year’s awards and see just how much they can benefit from the programme.”

Take a look at the full list of the 17 winners below and in what category they won in. Want to find out more about their businesses? Simply click on the links provided and get reading, or even reach out and make a connection!

Innovator of the Year – JustPark

The ECI Partners B2B Business of the Year – eviivo

Rural Business of the Year – L J Fairburn and Son

The Amazon Web Services Digital Business of the Year – Lantum

The ECI Partners Consumer Business of the Year – Kiddylicious

Micro Business of the Year – Proviz

The Amazon Marketplace Export Champion of the Year – Tidy Tot

Growing Business of the Year: Smaller Company (Turnover up to £10m) – Trusted Housesitters

The Amazon Growing Business Awards is headlined by Amazon and sponsored by Santander, Bridges Fund Management and ECI Partners. It is supported by CBI, the Department of International Trade and Real Business. This year, the awards partnered with Beanstalk, a charity that recruits, trains and supports volunteers to provide consistent, one-to-one literacy support to children aged 3 to 13. 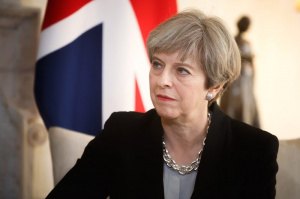 When is a business expense tax-deductible?