The Amazon Growing Business Awards, which celebrates exceptional businesses and outstanding entrepreneurs, has been running since 1999, and most of the businesses have gone from strength to strength. Here, we take a look at a couple of winners in the Made in Britain category: Peratech (2011 winner) and Steelite (2014 winner).

Although more often associated with the financial services sector, there is a thriving manufacturing industry in the UK. For purchasers worldwide, the Made in Britain badge of honour carries with it a promise of quality, and manufacturers can often find it provides their business with a reputational boost.

Peratech, a technology firm specialising in nanoparticle ink and applications, is based in North Yorkshire. The business has seen a range of advantages from manufacturing in Britain, including the “great scientific community” up north, the favourable loans and funding schemes on offer, and the chance to stand out in the Northern Powerhouse in a way that might be overshadowed in London or other major cities.

Jon Stark, CEO of Peratech, also claimed that there is a “spirit of innovation” in the North of England that the company has been able to utilise.

Manufacturer of tableware for the hospitality sector, Steelite, has also found the Made in Britain badge to be a huge boon to its reputation.

CEO of Steelite, John Miles, said: “The Steelite product has traditionally always been manufactured in Britain. We believe that our customers both appreciate and value a high quality UK made product.”

In fact, the business has seen such promising results manufacturing in the UK that it is looking to expand its operations. “We are looking to again invest in our UK manufacturing facility, we’re adding to our workforce to increase capacity, and we have developed and are launching a number of new and exciting products,” Miles continued.

“It’s a very busy and exciting time for the entire Steelite team.”

Both of the Made in Britain award winners were also keen to highlight the talent available in the UK as a reason for setting up shop, although this has not come without challenges.

Stark said there is “no shortage of talent in Britain for innovative engineers, designers and manufacturers. We wanted to leverage that.”

However, he added that the UK’s decision to leave the European Union could have an impact on its access to talent: “I do think that in the long run it’s going to impact the breadth and quality of talent in the UK, because there are folks who could come here that were the brightest but not necessarily the most fortunate. My worry is that we will just end up with the most fortunate coming to Britain.”

Despite this, Stark is not deterred. “Britain isn’t going to stand still,” he said. “It’s going to make the best of the situation.”

Miles agreed with Stark about the provision of talent in the UK. He said: “We have found an outstanding and talented labour force in the UK, which has enabled us to create innovative products and provide outstanding service.”

He too has had to overcome certain challenges when manufacturing in Britain, of course –the labour rates in the UK are higher than some of the other markets in which Steelite operates. The company has sought to overcome this by investing in its factory to ensure high rates of productivity.

Doing business in any country comes with its own unique set of challenges, and when deciding where to locate your business it is key to first get your priorities in order. For Steelite and Peratech, the UK is ideally situated to the workforce, the innovation and the brand reputation that they need to thrive. 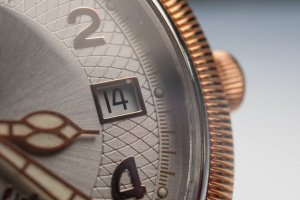 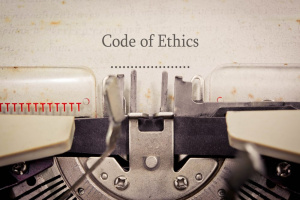