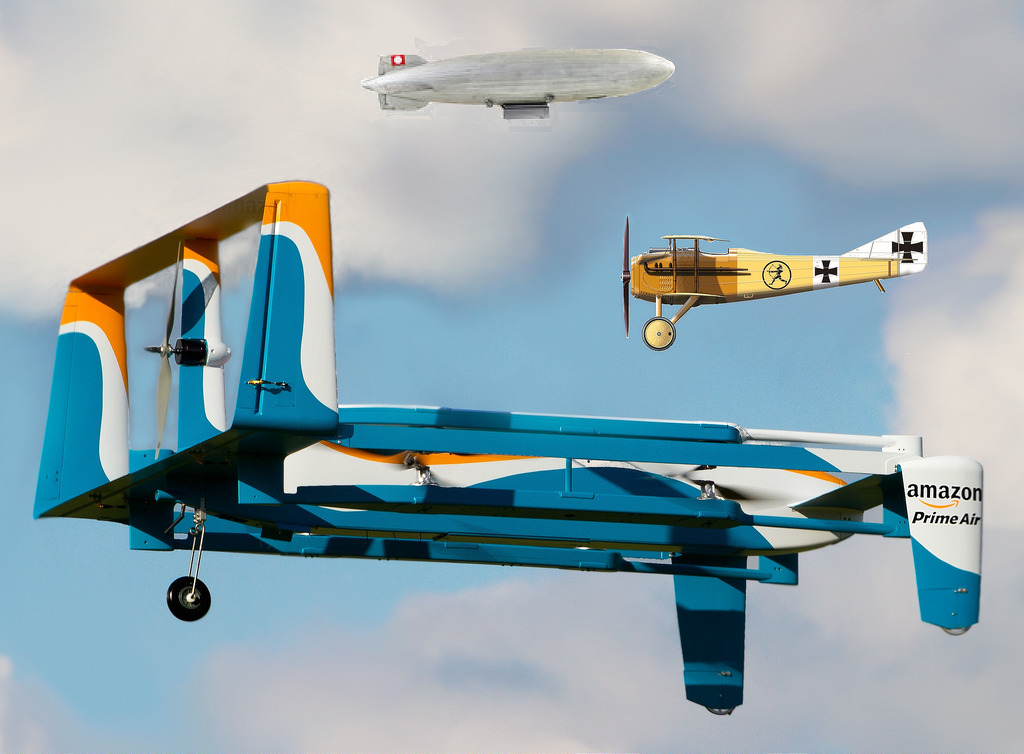 The US has made it difficult for Amazon to roll out drone delivery experiments – made evident by the firm sending the Federal Aviation Administration (FAA) a letter in 2015 that urged it to ease up on its stringent testing regulations. It accused the FAA of getting in the way of innovation for all companies looking to capitalise on the sector.

It even petitioned US regulators to make an exemption: “The company’s energy comes from inventing on behalf of our customers. We believe customers will love [Prime Air] and we are committed to making [the service] available to customers worldwide as soon as we are permitted to do so,” it said. “Amazon also shares Congress’s goal of getting small aerial vehicles flying commercially in the US safely and soon. Granting Amazon an exemption to allow R&D testing outdoors is in the publics interest because it advances Congress’s goal of getting commercial [small Unmanned Aircraft System] flying.” This led Amazon Prime Air to seek out “testing grounds” abroad, with spots including Canada, the Netherlands and Israel. Amazon also approached the UK government with plans to launch a trial in Britain in March 2015. Read more about Amazon: At the time, now former transport minister Robert Goodwill confirmed the government’s role in embracing such technology. He said: “I had some people from Amazon coming to see me the other day; they want to replace van deliveries with drone deliveries, and they can’t do any trials in the US because they’re over-regulated. So my favourite word is deregulation, and we need to make sure that wherever you are in the world, and if you want to innovate and you want to invest in this sort of technology, come to the UK because we’re here to help you. “We’re working with Amazon and government is working on the whole issue of drones. We’re meeting with the British Airline Pilots Association and we’re both keen to innovate.” True its word, the government’s CAA has now provided Amazon with permission to test in rural and suburban areas, check sensor performance to make sure the drones can identify and avoid obstacles, and work out how one person could operate multiple highly-automated drones. “The UK is a leader in enabling drone innovation – we’ve been investing in Prime Air research and development here for quite some time,” said Paul Misener, Amazon’s Vice president of global innovation policy and communications. “This announcement strengthens our partnership with the UK and brings Amazon closer to our goal of using drones to safely deliver parcels in 30 minutes to customers in the UK and elsewhere around the world.  “Using small drones for the delivery of parcels will improve customer experience, create new jobs in a rapidly growing industry, and pioneer new sustainable delivery methods to meet future demand,” Misener added. “The UK is charting a path forward for drone technology that will benefit consumers, industry and society.” Want to know more about Amazon? Here are 20 amazing facts. By Shané Schutte