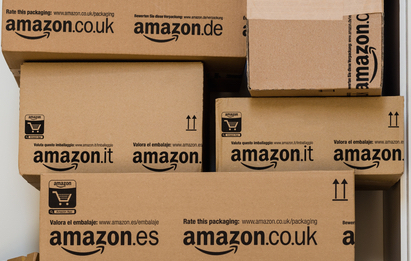 It?s difficult to reconcile Amazon?s online dominance and industry-defining role in retail with its performance. The company has had trouble consistently turning a profit throughout its 20-year history, in-spite of phenomenal growth, and the stock market is now losing patience.

Amazon shares fell 23 per cent in the year on 23 December, while the Nasdaq index increased 14 per cent over the same period ? leaving CEO Jeff Bezos to defend its loss-making performance.

On top of that Amazon is being criticised for not paying UK taxes, low pay and undercutting other retailers. It begs a question about the zombie business? role in the industry ? what impact is Amazon having on smaller online retailers and what boost would these SMEs receive if it went out of business?

Bezos has built an impressive empire. Amazon?s monolithic status as an online retailer allowed it to rapidly expand in a diverse range of businesses from pioneering e-readers to talking about drone delivery, and its poor-selling Fire phone. And, not only is Amazon?s streaming service Prime one of the biggest in the market, Amazon Web Services hosts its main competitor Netflix.

Its business practices have come under the spotlight several times this year. There were calls for a boycott in May, when it was discovered Amazon paid just ?4.2m tax on ?4.3bn of UK sales last year and the company joined the ranks of much maligned multi-nationals like Starbucks and Google, which funnel profits to tax-friendly regimes.

Mounting public pressure on the issue over the last few years culminated in George Osborne announcing a tax policy aimed at these practices ? the so-called ?Google tax? ? in the Autumn Statement.

Then in November a campaign seeking better pay for Amazon workers started getting traction. It claims to have cost the online retailer more than ?5m this festive season after more than 11,000 people signed a pledge to enjoy an Amazon-free Christmas.

?They don?t pay their workers a Living Wage. They dodge their tax. They take money away from our local shops. So this year, let?s take our money away from them,? said the company website.

It?s this question of local shops and smaller online retailers that I find most compelling. A high number of small businesses use Amazon as a platform to sell products, but what if it stock market sentiment started to restrict its ability to lend and the online giant started giving up market share to smaller rivals?

Amazon?s latest annual report says ?it?s all about the long term? and repeatedly sates its 1997-era mission statements of seeking to be the ?Earth?s most customer-centric company?.

In this Business Insider interview, which opens with the comment ?let?s talk about profit or in your case the complete lack of?, Bezos explains the problem: ?We said we were going to take big bets, we said they were going to fail, some of them hopefully were going to work, we were going to invest in the long-term. There?s a certain type of investor that?s aligned with that kind of approach.?

You could take Bezos? view that Amazon?s right to plough money from its profitable business units into other ventures, but how long can a company continue this poor performance? Its industry dominating business practices are making it harder for smaller businesses to compete and its failing to pay wages or taxes properly; would the industry be better off without it?