Ambitious Britain, an initiative to help promote medium-sized businesses as the key drivers of future growth in the UK economy, was launched this week by Star, a mid-sized UK provider of managed technology services.

The objective is to highlight the important role MSBs play in the UK economy and change the way business leaders think about technologies as they seek to grow. Its key themes are fresh ideas, innovation, pushing boundaries and challenging the status quo.

Star has also set up its own Business Ambition Forum, a collection of 400 businesses that represents the beginnings of a community aiming to demonstrate how mid-market firms can help each other innovate in order to solve problems and deliver growth.

“Mid-sized businesses have never been very good at selling themselves, but they can accelerate their growth by collaborating with like minded companies,” Star’s COO Martino Corbelli told Real Business. “If we work together, we can make this happen.”

Star say they have been frustrated by the lack of attention policy-makers have given to the important role that medium sized businesses play in the UK economy. Ambitious Britain should help to redefine the way businesses think about the current challenges and show how the aspirations of Britain’s growth drivers can be realised – taking a lesson from Germany’s Mittelstand.

“We know that we have to get out of this economy quickly, and we can learn from Germany’s Mittelstand – Germany has always viewed MSBs as very important to the economy, a great place for people to work in, and created world leaders in that niche. I don’t think that’s the case in the UK,” said Corbelli.

These words rightly remind of the Confederation of British Industry’s (CBI) Future Champions report, which was released last year and highlighted the potential of MSBs to contribute £50bn to the UK economy by 2020. Ambitious Britain follows in the report’s footsteps by trying to provide the mid-market with more support.

“Most attention always went to the large or small businesses, but the middle didn’t really get anybody’s thoughts. Now the CBI have seen how powerful and important for the economy MSBs are and started to apply their skills and resources to them.”

However, Ambitious Britain is not meant to be directly connected to the CBI or the Future Champions report, according to Corbelli.

“We’ve always been doing our own thing before we stumbled over the Future Champions report and thought, oh my god, this talks about exactly the same things we’re passionate about! I’d call it a happy accident, but we recognised the benefits of talking to each other right away. The CBI see Star as being very much in the mould of the type of company that they are trying to promote to the government.”

Star is now working closely with the CBI, and welcomes other like minded businesses to do the same to promote ambition amongst MSBs and lobby government to back the UK’s mid-market winners.

Steve Rankin, regional director at the CBI, said about the initiative, “We cannot afford to leave anything to chance and working with government and ambitious companies like Star, we hope to help set the agenda for the needs of the UK’s MSBs that are ready for growth and have the potential to make a huge impact on the success of the overall economy.”

The work we are doing has very clear objectives, based on embedding a long-term strategic view in government that will make the necessary institutional changes required to improve access to funding, investments in infrastructure and skills and the adoption of green technologies.” 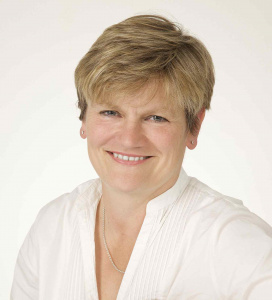 “Investment in communications must continue” 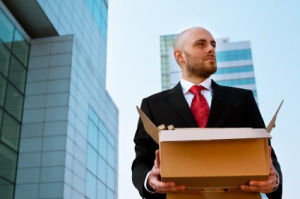